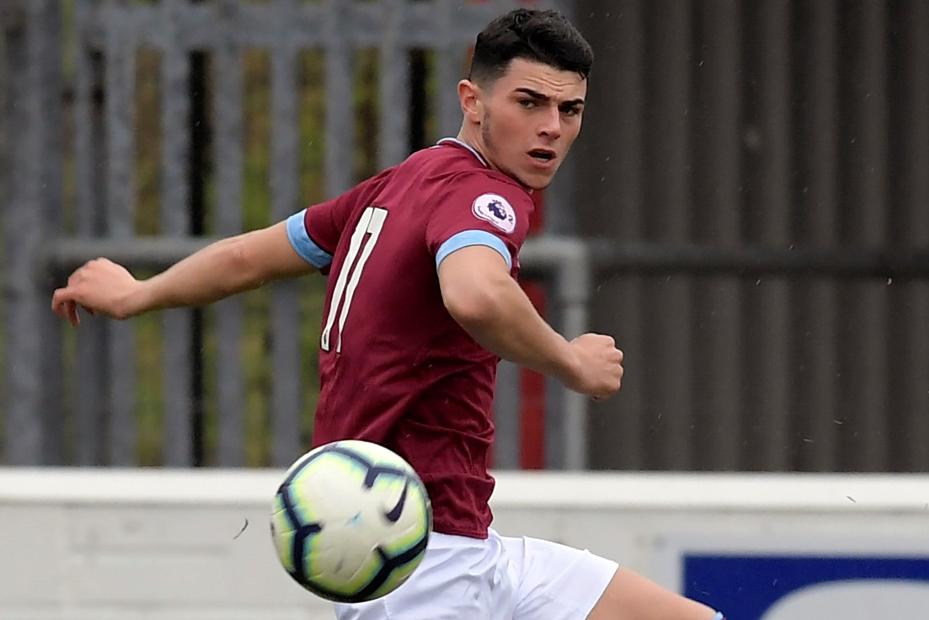 They got an early lead through a penalty awarded after just 45 seconds that Joe Powell (pictured) converted.

Things got worse for City soon after the break when Nathanael Ogbeta got a second yellow card and West Ham made them pay with further goals by Kemp and Sean Adarkwa.

Elsewhere, Joe Nuttall got the only goal as Blackburn Rovers claimed a third win in a row, beating Chelsea away.