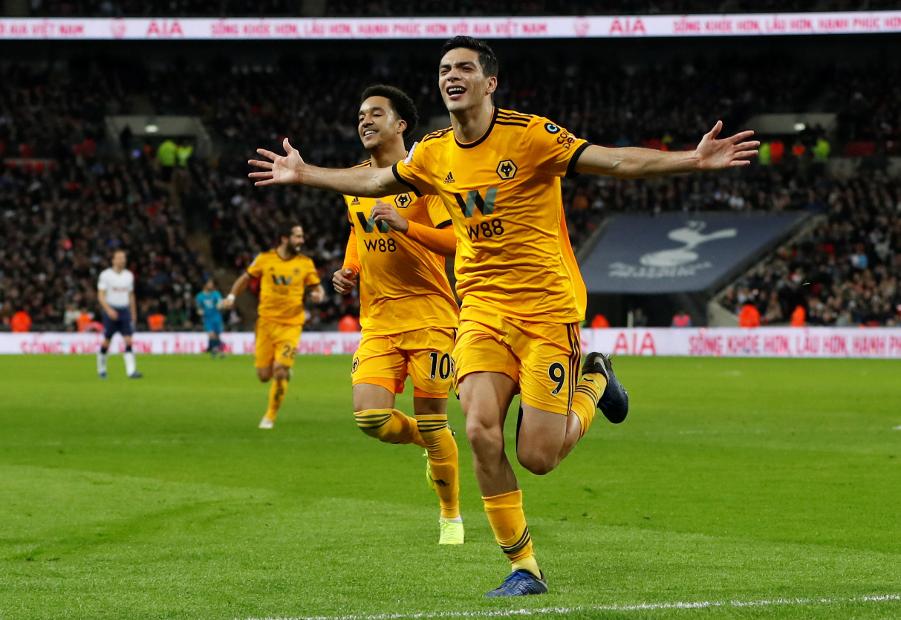 Jimenez slotted the ball through the legs of Toby Alderweireld and past Hugo Lloris in the 83rd minute, before Costa converted Matt Doherty's through-ball with three minutes of normal time remaining.

Harry Kane had put Spurs in front in the 22nd minute, when his spectacular long-range strike beat Rui Patricio for his 13th goal of the PL season.

The win moves Wolves up to seventh position on 29 points, while second-placed Spurs are six points adrift of leaders Liverpool, who play Arsenal in the day's late kick-off.