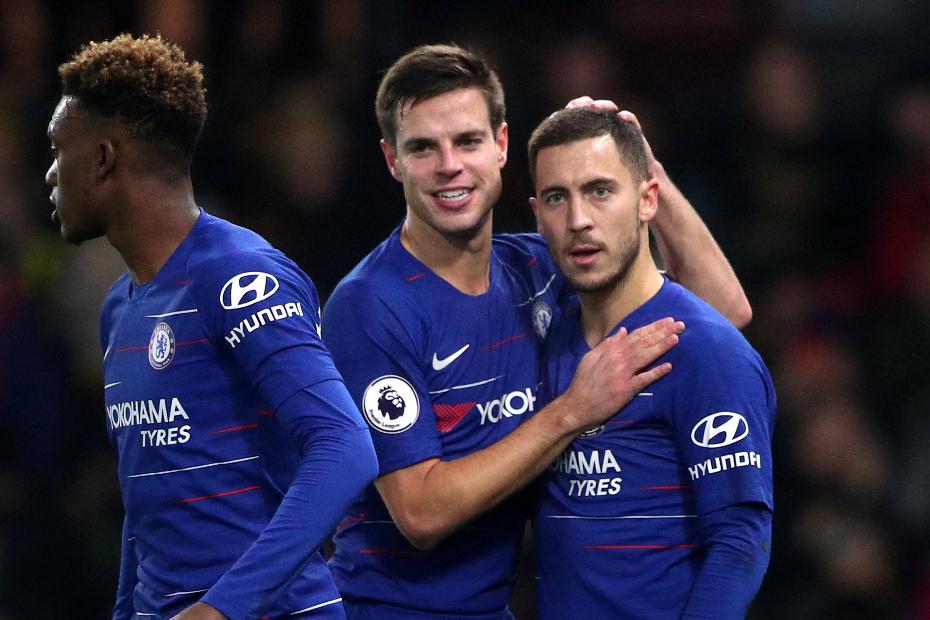 Hazard: How Chelsea have changed me External Link

Eden Hazard scored both goals as Chelsea regained fourth spot from Arsenal with a 2-1 win over Watford at Vicarage Road.

However, Watford went into the break level thanks to Roberto Pereyra, who met a corner with a volley that arrowed into the bottom right corner from 19 yards.

Hazard restored Chelsea's lead with a 58th-minute penalty after he was fouled by Foster in the area.

The visitors had chances to extend their lead with N'Golo Kante and Jorginho both firing wide.

But two goals were enough for Chelsea to move on to 40 points, two clear of Arsenal.

Watford slip to ninth with 27.