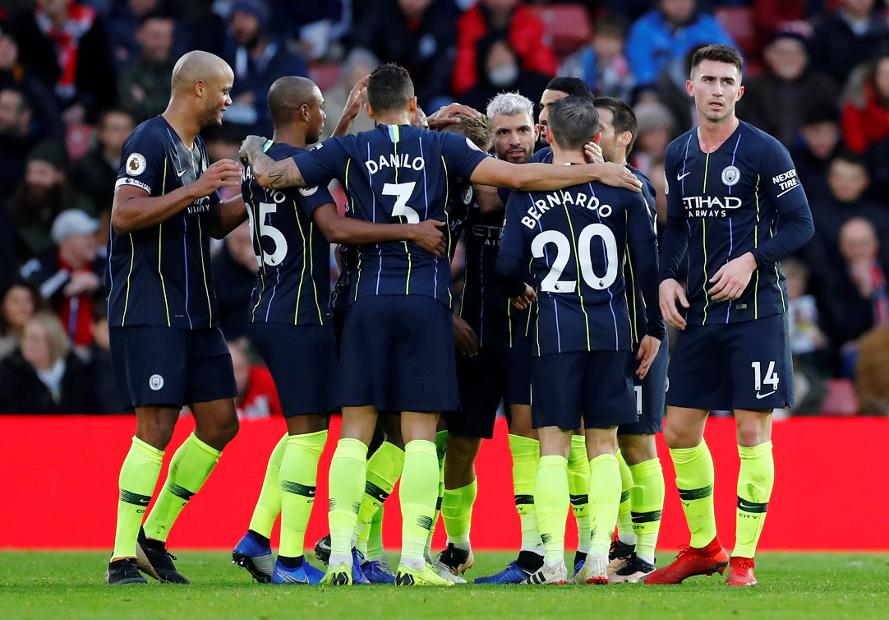 Manchester City regained ground in the title race with a 3-1 victory over Southampton at St Mary's Stadium.

David Silva converted Bernardo Silva's pull-back to give City the lead on 10 minutes.

City pressed for a fourth goal, but both Raheem Sterling and Gabriel Jesus were thwarted by the in-form McCarthy before Hojbjerg received a straight red card with five minutes remaining.

The win, which ended a run of two successive defeats, means the champions close the gap on league leaders Liverpool to seven points ahead of Thursday's match between the two sides.

Southampton remain 17th and above the relegation zone on goal difference.