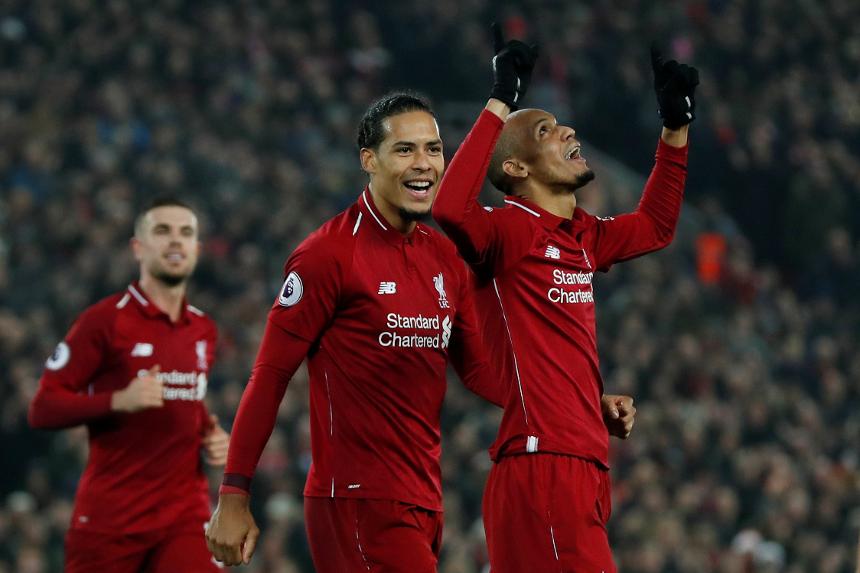 Liverpool extended their lead at the top of the table to six points with a 4-0 win over Newcastle United.

After Joselu came close to putting Newcastle ahead, Liverpool took the lead when Dejan Lovren fired in a half-volley on 11 minutes.

Two minutes into the second half, Mohamed Salah doubled Liverpool's lead from the penalty spot after Paul Dummett had pulled him back.

Xherdan Shaqiri tucked home a third before Fabinho completed the scoring with a header.

Liverpool have 51 points, six ahead of Tottenham Hotspur in second. Newcastle are 15th with 17 points.