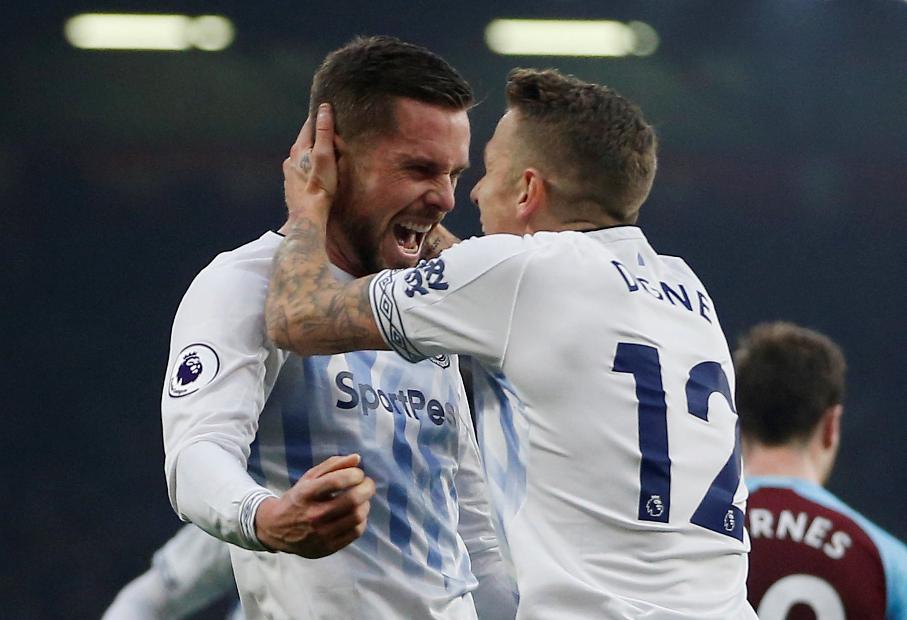 A double from Lucas Digne helped Everton to a 5-1 win at Burnley.

Yerry Mina gave Everton an early lead when he headed in Bernard's cross from six yards for his first goal for the club.

Everton doubled their advantage on 13 minutes when Digne curled a free-kick beyond Joe Hart.

Nine minutes later it was 3-0. A penalty was dispatched by Gylfi Sigurdsson after Ben Mee had handled.

Burnley pulled one back in the 37th minute when James Tarkowski's header was cleared off the line and Ben Gibson reacted quickest to finish.

But Digne ended the home side's hopes of a comeback when he netted from distance, before Richarlison came on to score Everton's fifth goal in stoppage time.