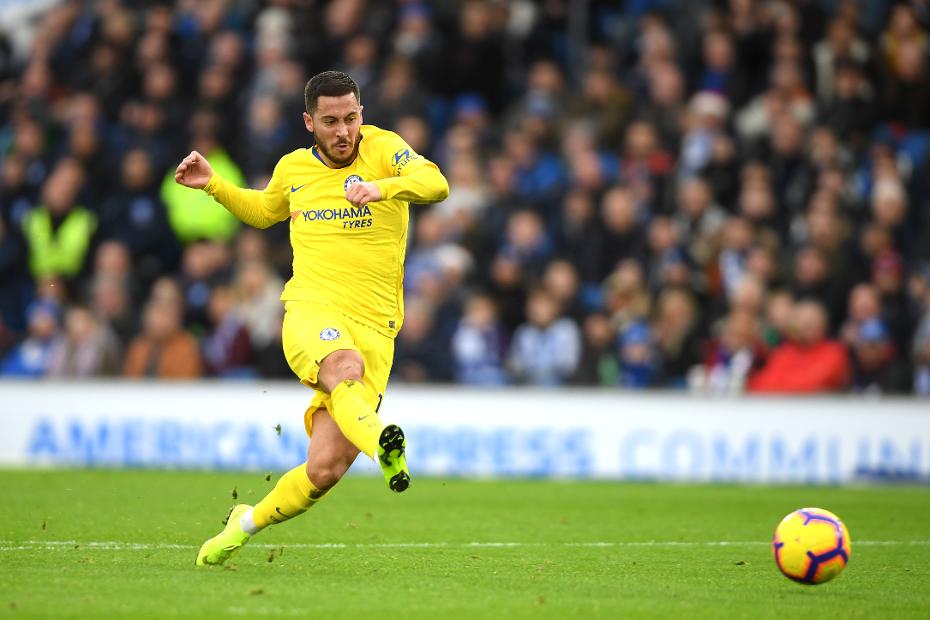 Chelsea kept in touch with their top-four rivals as Pedro and Eden Hazard gave them a 2-1 victory at Brighton & Hove Albion.

Hazard used his trickery to weave past the Brighton defence before squaring to the back post for Pedro to tap in on 17 minutes.

Chelsea doubled their lead on 33 minutes when William played in Hazard with a through-ball and the Belgian raced clear before firing into the bottom corner.

Early in the second half Marcos Alonso fired a 20-yarder against the post but the hosts reduced the deficit on 66 minutes when Bernardo's header across goal enabled Solly March to fire in from close range.

Chelsea stay in fourth on 37 points, two behind Tottenham Hotspur in third, while Brighton are 13th on 21 points.