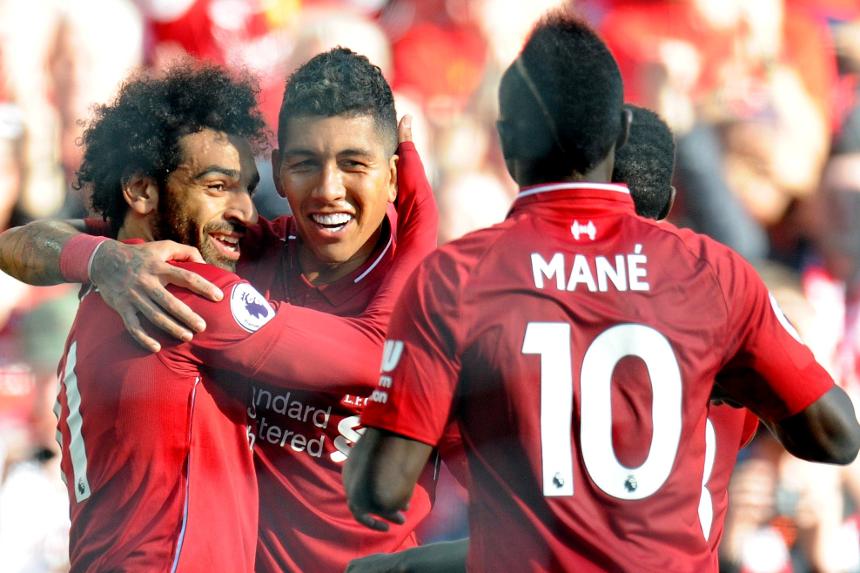 Mohamed Salah, Roberto Firmino and Sadio Mane all have yet to be involved in a goal against rivals

Ahead of the Premier League's Matchweek 17 fixtures, here are the standout facts about each match.

Man City have not lost a PL match against an opponent who finished outside the top six since January 2017, but that defeat came against Everton.

They have since won 139 points out of a possible 153 in these matches.

Wilfried Zaha has the chance to score in a third consecutive PL match against the same opponent for the first time.

Of Newcastle’s Premier League 13 goals this season, seven have been headed, the highest proportion in the division at 54 per cent.

Harry Kane has scored four goals in five PL appearances against Burnley, including a hat-trick in the last meeting, when Spurs won 3-0 last December.

Troy Deeney is looking for a first goal against Cardiff at the seventh attempt. The Bluebirds could become the 45th different team he has scored against for Watford in all competitions.

AFC Bournemouth’s last six PL goals have all come in the first half. They last scored after half-time against Fulham on 27 October.

West Ham are aiming for a first PL away win in eight attempts against a side starting the day bottom of the table, since beating Queens Park Rangers in 2012.

Eden Hazard can provide an assist in a fourth consecutive PL match for the first time. Cesc Fabregas was the last Chelsea player to achieve the feat, in September 2014.

Charlie Austin has scored in all four of his Premier League matches against Arsenal.

Roberto Firmino, Mohamed Salah and Sadio Mane will all be looking for a first goal or assist in a PL match for Liverpool against Man Utd after a combined total of 855 minutes' playing time.