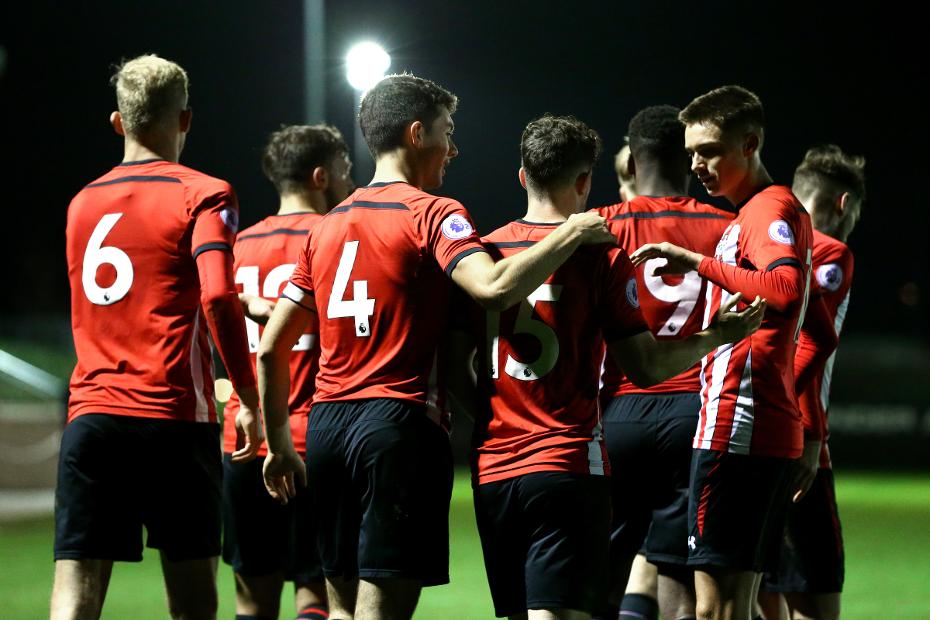 Southampton progressed to the knockout stages of the Premier League International Cup with a 3-0 win over West Ham United.

With new first-team manager Ralph Hasenhuttl in the crowd at Staplewood, first-half goals from Tyreke Johnson and Marcus Barnes put Southampton in control.

West Ham's hopes of a fightback were hit after the break by an own goal from goalkeeper Nathan Trott, who then saved a penalty.

Southampton go through as Group A winners, with seven points, a point above Dinamo Zagreb, who must wait to see if they make the last eight as one of the two best second-placed teams.

Watch back the goals as #SaintsFC's youngsters booked their place in the knockout stages of the #PLInternationalCup, with a 3-0 victory over #WHUFC at Staplewood last night: pic.twitter.com/C3FQAuUwMX