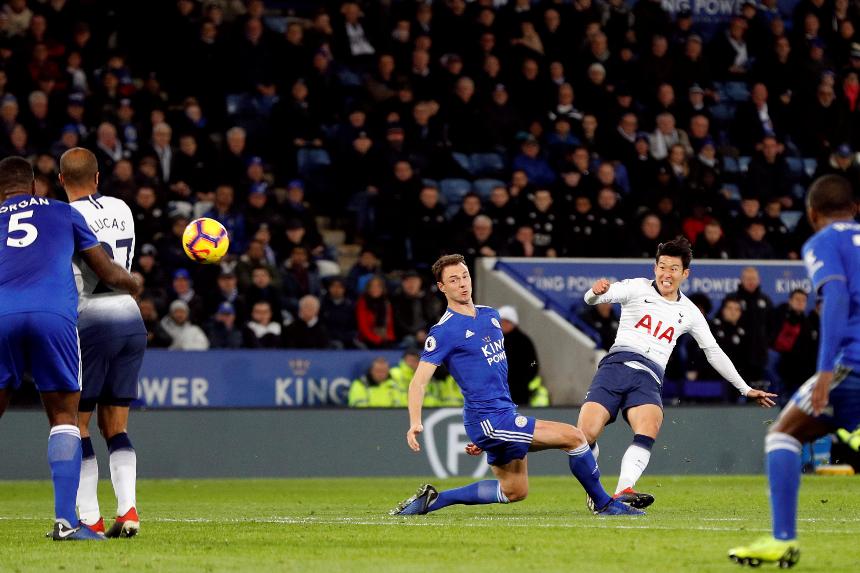 Tottenham Hotspur halted Leicester City’s six-match unbeaten run with a 2-0 victory that lifted them back above Chelsea and Arsenal in the Premier League table.

The Leicester backline was resolute until the opening minute of first-half stoppage time.

Son Heung-min, leading the forward line in place of the rested Harry Kane, cut in from the right and whipped in a fine curling strike into the top corner from 20 yards.

Spurs doubled their advantage on 58 minutes. Lucas Moura slipped in Son, who picked out Dele Alli at the back post.

The England international headed in his 50th goal for the club in all competitions.

Mauricio Pochettino’s side return to third place on 36 points, six behind leaders Liverpool.