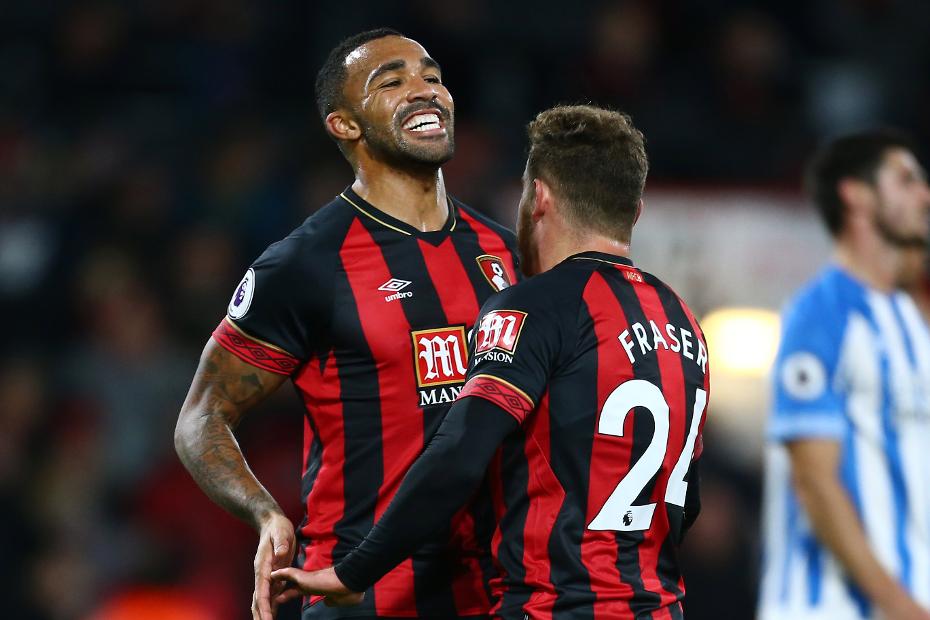 Ryan Fraser (£6.2m) and Callum Wilson (£7.0m) both provided a goal and an assist to make the Dream Team together for the second time.

They now have seven Dream Team appearances between them this season and are also in the top five for transfers in ahead of the weekend's round of fixtures.

The West Ham United goalkeeper arguably turned the match against Cardiff City with a crucial penalty save when the score was still 0-0. The Hammers went on to win 3-1, with Fabianski earning both save and bonus points.

No side kept a clean sheet in Gameweek 15, but the Manchester City defender was replaced before Watford's late consolation goal in a 2-1 victory to keep his personal shut-out points intact.

The Nigerian scored just 25 seconds after coming on as a substitute in Brighton & Hove Albion's 3-1 win over Crystal Palace.

The Algeria international has recorded attacking returns in five matches this season, with four of them leading to double-figure hauls. He was pivotal in his side's win at Vicarage Road, scoring one goal and setting up the other.

His fourth double-digit score of the campaign maintained his excellent output at a bargain price. Fraser leads the way for value among midfielders, averaging 13.9 points per million.

Snodgrass has now started six of the last seven Gameweeks for the Hammers and his form is on the up. Two assists in the victory over Cardiff made it three in two matches for the midfielder.

A goal in Chelsea's 2-1 loss at Wolverhampton Wanderers means Loftus-Cheek has scored in both of his starts this season. He has netted three times overall, from just 206 minutes of action.

An injury to team-mate Marko Arnautovic (£7.1m) could pave the way for a consistent spell in the West Ham side for Lucas. He took his chance against Cardiff, scoring twice and earning maximum bonus points.

The Cherries striker now boasts eight goals and eight assists from a superb season. He is behind only Pierre-Emerick Aubameyang (£11.2m) in the forwards' table, one point off the Arsenal man's total of 93.

A goal, an assist and the maximum bonus point award in the 3-1 win over Southampton meant a third Dream Team appearance of the season for the Tottenham Hotspur striker. His last came back in Gameweek 7.