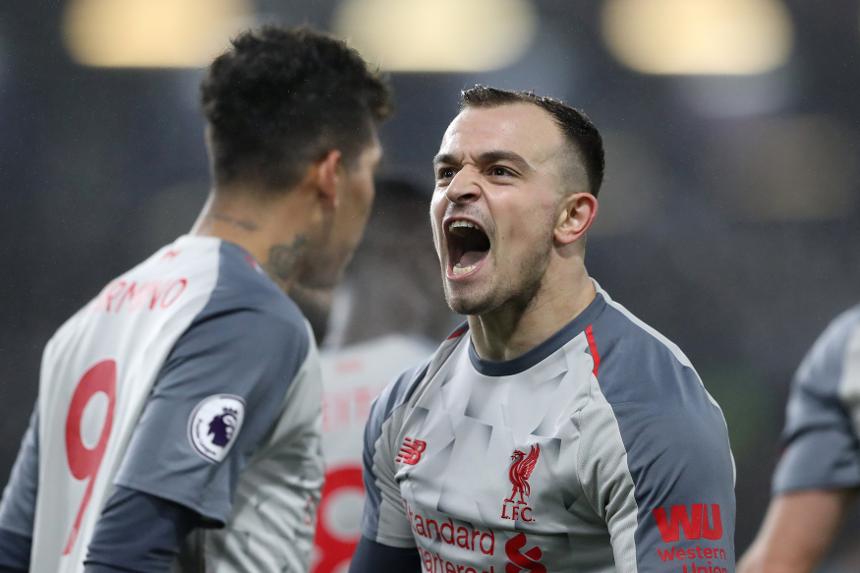 Liverpool came back from a goal down to defeat Burnley 3-1 at Turf Moor and stay two points behind leaders Manchester City.

Ashley Barnes and Phil Bardsley both had chances for Burnley in a goalless first half, while efforts from Naby Keita and James Milner were blocked for Liverpool.

Jack Cork put Burnley ahead with a tap-in after Liverpool failed to clear a corner nine minutes after half-time.

Milner equalised eight minutes later with a low strike from outside the area after good work by Divock Origi.

Roberto Firmino, a substitute along with Mohamed Salah, put Liverpool in front on 69 minutes from Virgil van Dijk's pass, before Xherdan Shaqiri added a third from Salah's pass in stoppage time.

Liverpool are in second on 39 points, while Burnley remain 19th on nine.