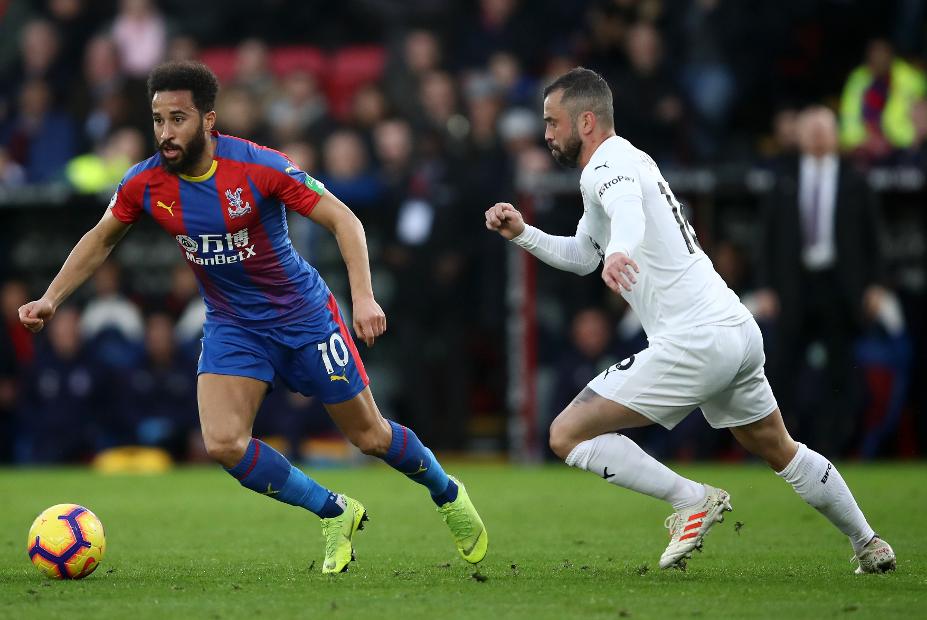 The Crystal Palace winger supplied a goal, an assist and maximum bonus in the 2-0 win over Burnley at Selhurst Park.

That earned Townsend a season-high total of 14 points and a place in the Gameweek 14's top-scoring side.

The Chelsea goalkeeper matched his best points score for the season in the 2-0 win over Fulham. The Spaniard has kept three clean sheets in the last five Gameweeks.

The Liverpool centre-half sealed his Dream Team debut with an unusual assist in the Merseyside derby. Van Dijk's third straight clean sheet and maximum bonus produced his first double-digit haul of the campaign.

The Brighton & Hove Albion defender's third goal of the season helped his team to a 2-1 win at Huddersfield Town and secured him his second Dream Team appearance.

Leicester City made it three clean sheets in four Gameweeks as they beat Watford 2-0. Pereira also earned the maximum bonus award in a fine individual display.

The Palace winger has struck in two of the last four matches, having also scored against Chelsea in Gameweek 11.

The Brighton midfielder set up both goals at John Smith's Stadium, giving him four assists in as many Gameweeks.

In and out of the Chelsea side since returning from injury in Gameweek 8, Pedro has produced attacking returns from his last two starts.

The budget star of the Gameweek, Gunnarsson scored only his second Premier League goal as Cardiff City came from behind to beat Wolverhampton Wanderers.

The Palace midfielder has started every league match this season, but had to wait 14 Gameweeks for his first goal.

His two goals and an assist helped him to the top of the FPL forward standings, on 91 points. Aubameyang is the most popular transfer target heading into Gameweek 15, with over 267,000 new owners.