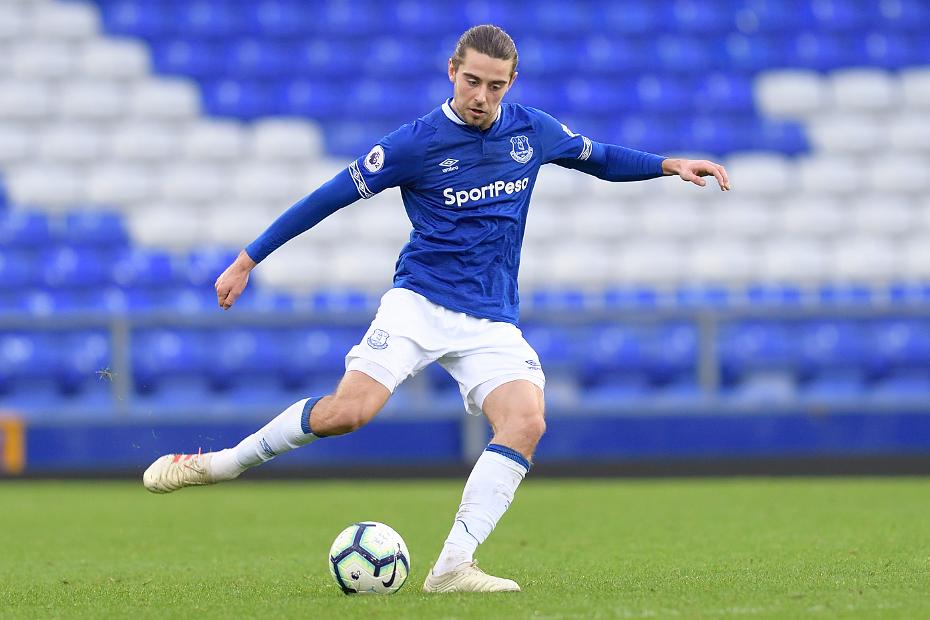 The 21-year-old struck on 26 minutes as Everton made it three wins from three in Group B.

The Blues were also indebted to goalkeeper Joao Virginia, who tipped Harry Boyes's shot on to the crossbar in added time.

Jordan Cox scored the only goal as Aston Villa also made it three wins out of three in Group F, beating Plymouth Argyle 1-0.

Dan Agyei struck late for Burnley as they held West Bromwich Albion to a 2-2 draw in Group C.

Goals from Kees de Boer and George Byers secured Swansea City's first win in Group B, a 2-1 success against Hull City at Landore.