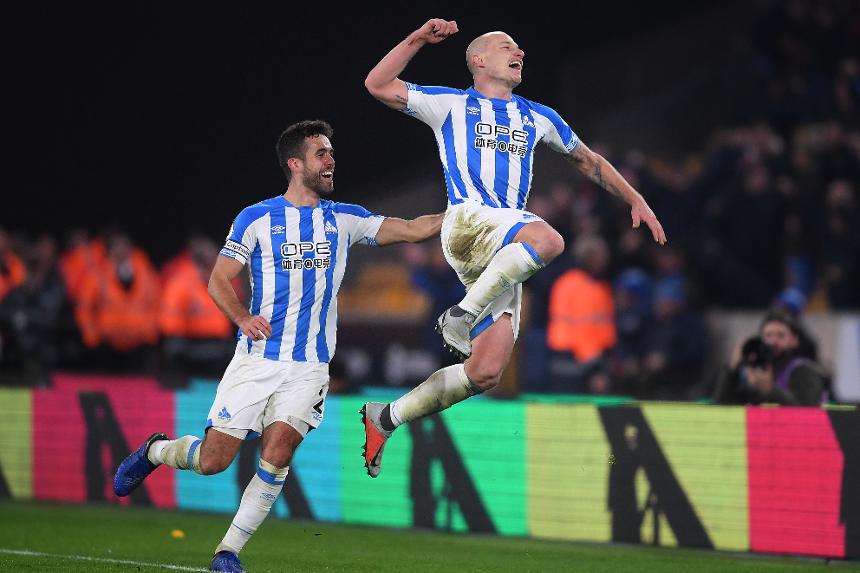 A goal in either half from Aaron Mooy earned Huddersfield Town a 2-0 win at Wolverhampton Wanderers and only their second victory of the season.

The Terriers made a strong start at Molineux Stadium and went ahead in the sixth minute when Mooy applied the finishing touch to Erik Durm's cut-back.

Rui Patricio was twice called into action as Huddersfield Town pushed for a second, first saving from Terence Kongolo and then Steve Mounie.

Wolves thought they had equalised in the 57th minute, but Philip Billing hooked a header from Raul Jimenez off the line.

Mooy then doubled Huddersfield Town's lead with a brilliant 74th-minute free-kick to lift them from bottom to 14th place in the table on 10 points.