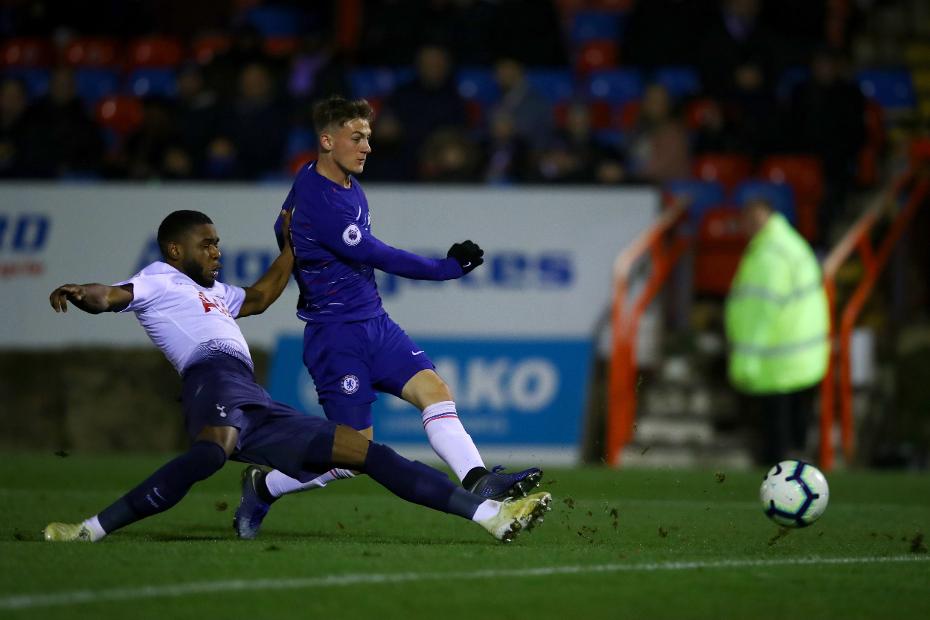 The visitors began brightly at Aldershot and took a deserved lead in the 26th minute through Jack Roles.

Chelsea had a chance to level on 65 minutes when they were awarded a penalty for handball. But Billy Gilmour saw his effort saved by Spurs' American goalkeeper Brandon Austin.

The home team were not to be denied a second chance as Brown, a substitute, scored his 13th goal of the season on 89 minutes.

The point takes Chelsea to third on 18 points in Division 1 while Spurs drop to ninth on 12.

In Friday's other PL2 D1 match, Eldin Jakupovic was the hero for Leicester City in the goalless draw with Manchester City.

The Foxes goalkeeper made a number of saves to claim a point, not least from Nabil Touaizi's second-half penalty.