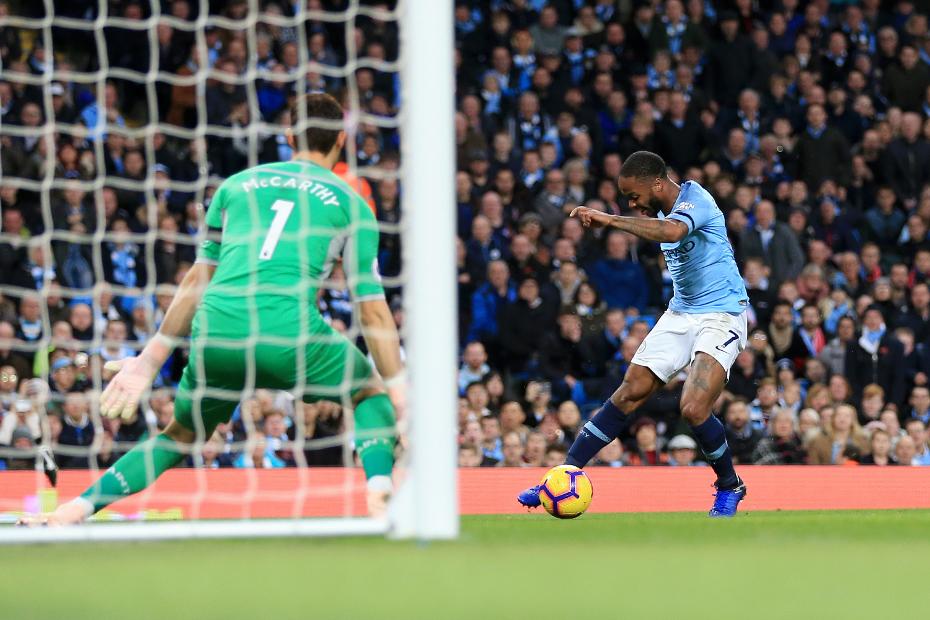 Manchester City returned to the top of the Premier League with a 6-1 victory over Southampton.

They took the lead on only six minutes when Wesley Hoedt turned Leroy Sane's cross into his own net.

Sergio Aguero made it 2-0 in the 12th minute from Raheem Sterling's cutback for his 150th Premier League goal.

David Silva drove into the top corner for their third after more good work by Sterling and Sane.

After conceding their first goal in seven matches through Danny Ings' penalty, City hit back as Sterling converted Aguero's centre in first-half stoppage-time.

Sterling finished off another Aguero assist on 67 minutes and then teed up Sane to complete the scoring late on.

Unbeaten City are two points clear with 29 points, while Southampton, winless in seven, are 16th with seven points.