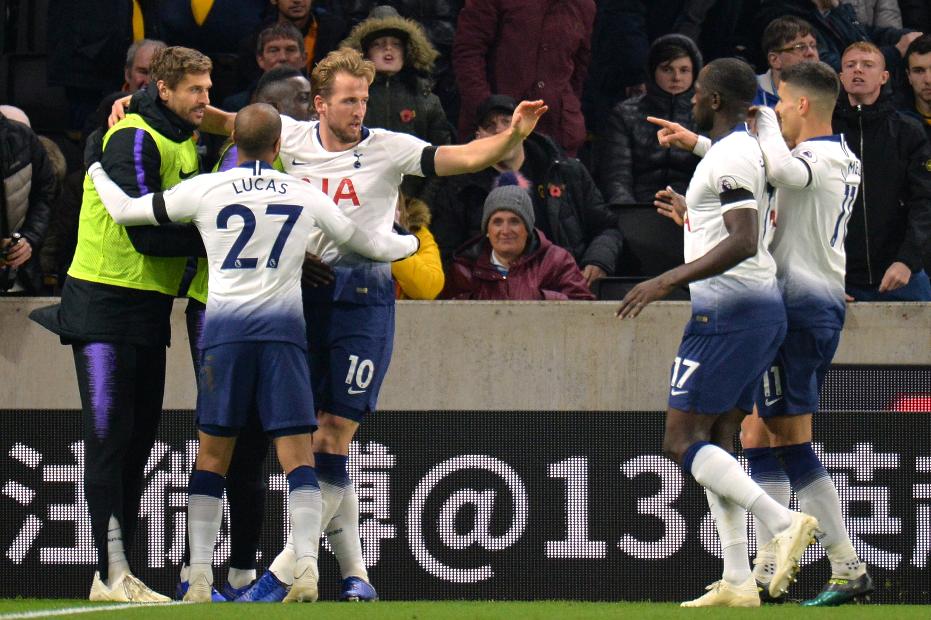 Tottenham Hotspur held off a Wolverhampton Wanderers comeback to earn a 3-2 victory at Molineux.

Harry Kane made it 3-0 with a close-range finish 16 minutes after half-time, before Ruben Neves pulled one back from the penalty spot.

Raul Jimenez then set up a nervy last 10 minutes with another penalty, both of which were conceded by Juan Foyth on his Premier League debut, but Spurs held on for the win.

Victory puts Spurs into the top four with 24 points, while Wolves drop to 11th position on 15 points.