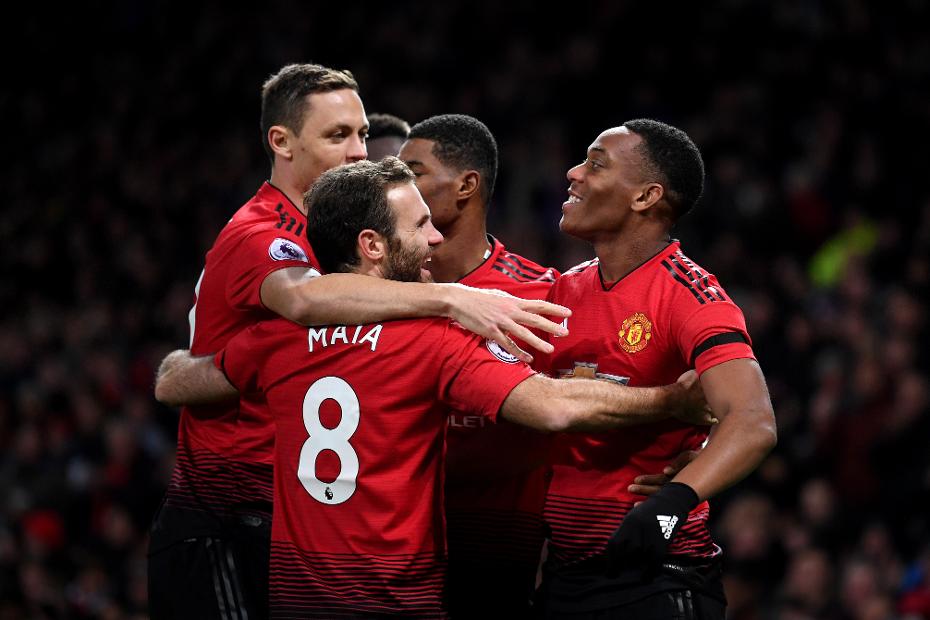 Anthony Martial scored a superb goal as Manchester United extended their unbeaten run to three matches with a 2-1 victory over Everton at Old Trafford.

United were awarded a penalty on 27 minutes after Everton's Idrissa Gueye fouled Martial.

Paul Pogba saw his spot-kick saved by Jordan Pickford before he tucked in the rebound.

Martial then doubled the home team's lead four minutes after half-time, moving on to Pogba's pass and curling into the far corner from the edge of the area.

Everton pulled a goal back through a penalty of their own 13 minutes from time, Gylfi Sigurdsson converting after Richarlison was brought down by Chris Smalling.

United now leapfrog Everton into eighth with 17 points, whilst the Toffees drop to ninth with 15.