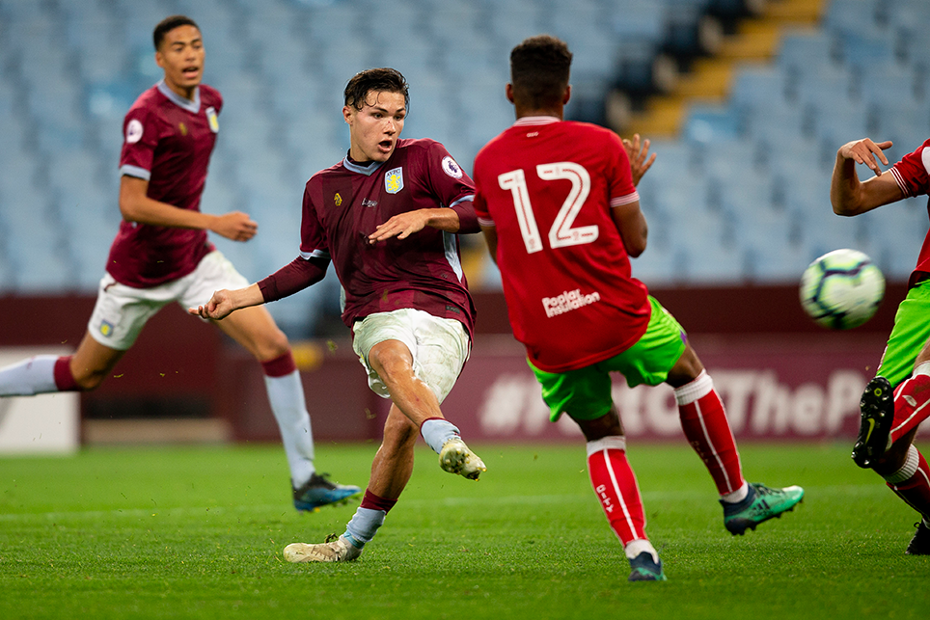 Callum O'Hare scored a hat-trick as Aston Villa began their Premier League Cup defence with an 8-0 win over Bristol City.

Jordan Cox put the holders ahead before a fine individual effort from Corey Blackett-Taylor doubled their lead.

O'Hare (pictured) netted twice to make it 4-0 before the break and then got his third in the 65th minute.

In the final 10 minutes, a double from Harvey Knibbs and Dimitri Sea's first goal at Under-23 level completed the scoring at Villa Park.

All 3️⃣ goals from tonight's #lcfcu23s victory over Norwich... 🔥 pic.twitter.com/EJcYPdKAaX

A Callum Slattery penalty helped Southampton start with a 2-1 win over Leeds United.

Saints went ahead when Michael Obafemi scored after 31 minutes, before Kun Mihaylov levelled for the visitors just after the hour mark.

Slattery clinched victory at Staplewood on 77 minutes, after Obafemi was fouled. It leaves Saints level with Newcastle United, who beat Notts County 2-1, at the top of Group H.

YES! #SaintsFC retake the lead in the #PLCup with Slattery making no mistake from the penalty spot! pic.twitter.com/fLIVlaiuGA

Professional Development League side Sheffield United earned a 3-1 win over Premier League 2 opponents Blackburn Rovers in their Group B opener.

Substitute Kyle John inspired a 3-0 win for Everton over Doncaster Rovers, as they overcame a first-half red card to top Group B.

Matthew Foulds was sent off on 40 minutes before John put the home side ahead at Southport. Nathan Broadhead and Nathangelo Markelo scored late on.

Wolves fight back to beat Hull

Benny Ashley-Seal netted a second-half winner as Wolverhampton Wanderers came from behind to beat Hull City 2-1 and go top of Group E.