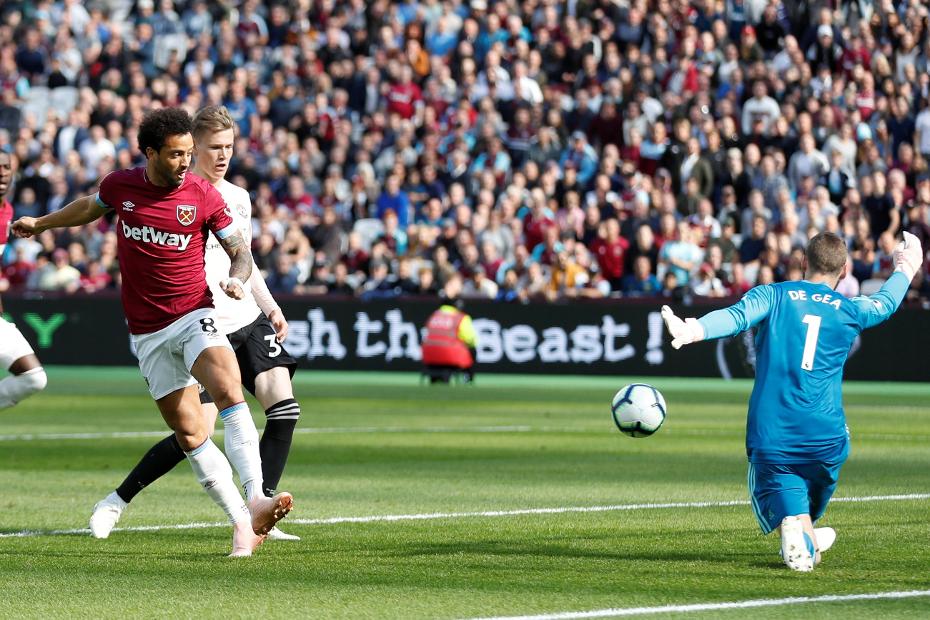 West Ham United earned only their second Premier League win in 20 attempts over Manchester United with a 3-1 victory at the London Stadium.

The hosts opened the scoring after only five minutes, Felipe Anderson meeting Pablo Zabaleta's cross with a skilful back-flick for his first PL goal.

Romelu Lukaku headed against the post for Man Utd midway through the first half, but West Ham went 2-0 up on 43 minutes, Andriy Yarmolenko's left-footed shot taking a deflection off Victor Lindelof and looping over David De Gea.

After an outstanding save from Marouane Fellaini's header, Lukasz Fabianski could not stop Marcus Rashford's near-post flick from Luke Shaw's corner on 71 minutes.

A first home win of the season takes West Ham to 13th, with seven points, while Man Utd are 10th with 10.