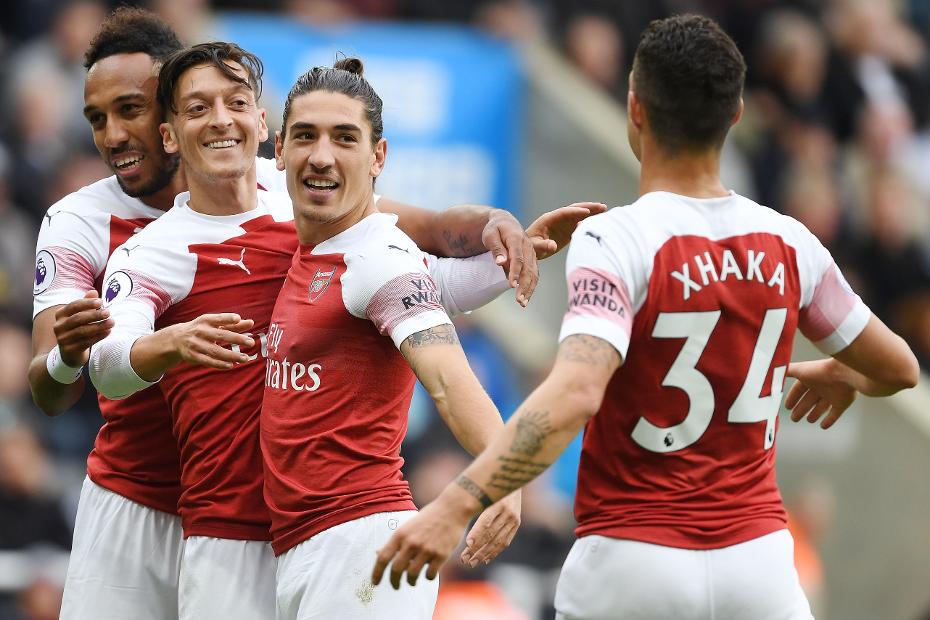 All Gunners' 10 goals have been scored by different players, three off the highest mark

Behind the scenes at the official photocall External Link

With their 2-1 victory at St James' Park on Saturday, Arsenal continued a remarkable scoring run that is threatening a Premier League record.

The second-half strikes from Granit Xhaka and Mesut Ozil against Newcastle United were the ninth and 10th goals scored by the Gunners this season, and all have come from different players.

Blackburn Rovers hold the record for consecutive goals by different players from the start of a season. Rovers had 13 men scoring one after the other from the beginning of the 2001/02 season.

The Arsenal outfield players who have featured this season and could score their first goal at home to Everton and so threaten the record are: Aaron Ramsey, who got seven league goals last season, Hector Bellerin (two) as well as new signings Sokratis, Matteo Guendouzi, Lucas Torreira and Stephan Lichtsteiner.

The team with the highest number of different scorers in a season are Manchester United, who had 20 players get on the scoresheet on their way to the 2012/13 title.

Unai Emery’s team have already gone well past the total of six players who scored all of Arsenal’s Premier League goals in 1993/94, an all-time low in the competition.