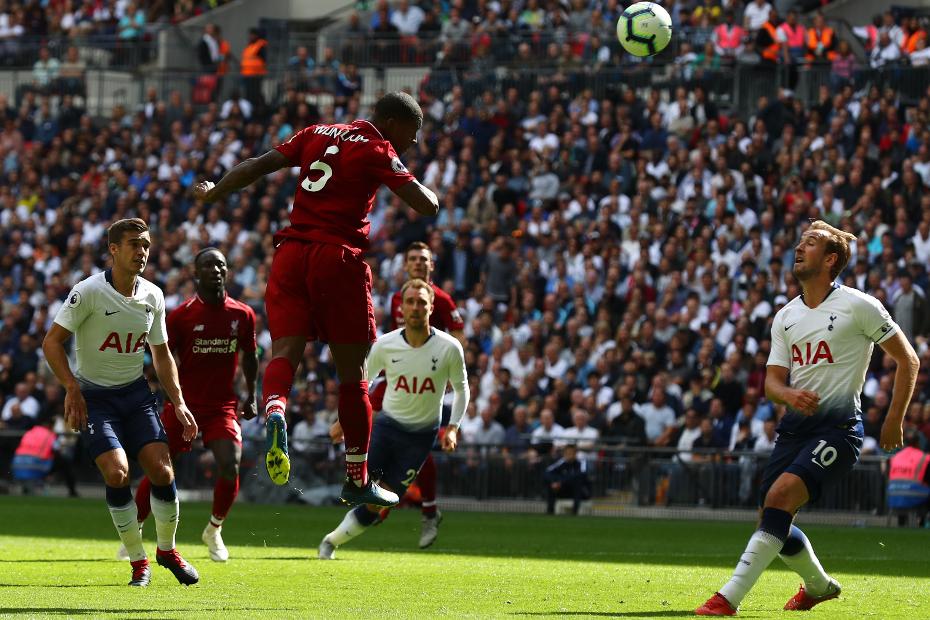 Milner: We all need to chip in with goals External Link
Liverpool extend perfect start with win at Spurs

At the 55th attempt and after more than 4,600 minutes, Georginio Wijnaldum ended a remarkably imbalanced aspect to his goalscoring record in the Premier League on Saturday.

With his 39th-minute header against Tottenham Hotspur, the Liverpool midfielder registered his first away goal in the competition.

Until Saturday, all of his 18 PL goals had been struck on home soil, either at St James' Park for Newcastle United or at Anfield for Liverpool.

The Wembley goal came in his 59th away match in the competition and with his 55th shot.

"It was a good place to get my first away goal, also, against a big team, a good team," Wijnaldum told Liverpool’s official website.

"Also, to keep the run going that we are in right now. We've won five games right now and we want to continue that run.

"I’m happy that I could help the team to win this game with a goal."

His header was decided by the Goal Decision System as Spurs goalkeeper Michel Vorm tried in vain to prevent the ball from crossing the line.

However it comes, Wijnaldum will be hoping his next away goal will not require such a long wait and, probably, that it will be accompanied by the satisfying sound of the net rippling.

It now leaves Clive Wilson as the player to have scored the most goals exclusively at home in the Premier League, with nine.

But the former Queens Park Rangers player could soon be overtaken by Brighton & Hove Albion's Pascal Gross, whose eight goals have come exclusively at the Amex Stadium, or Newcastle's Matt Ritchie, who has seven goals, all at home.