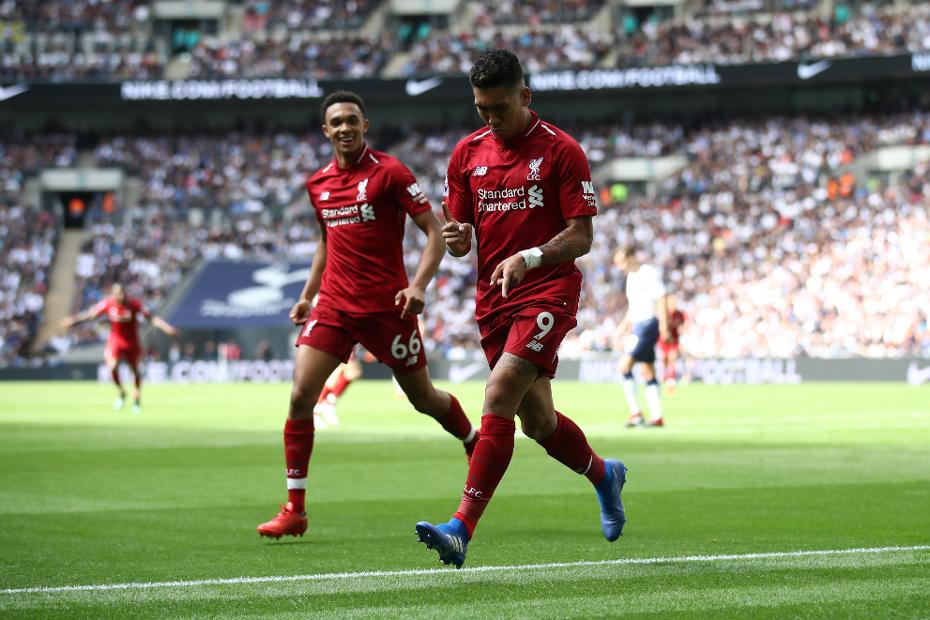 Liverpool's perfect start to the new season has continued with a 2-1 victory at Tottenham Hotspur.

The visitors began strongly and they thought they had taken the lead in the opening minute but Roberto Firmino's effort was ruled out for offside.

Liverpool finally made the breakthrough six minutes before the break when Georginio Wijnaldum's header just crossed the line for his first away Premier League goal.

Lucas Moura struck the post for Spurs before Liverpool added a second on 54 minutes when Firmino tapped in from close range.

Erik Lamela scored a stoppage-time consolation but Liverpool held on to move on to 15 points, level with leaders Chelsea. Spurs are sixth with nine points.