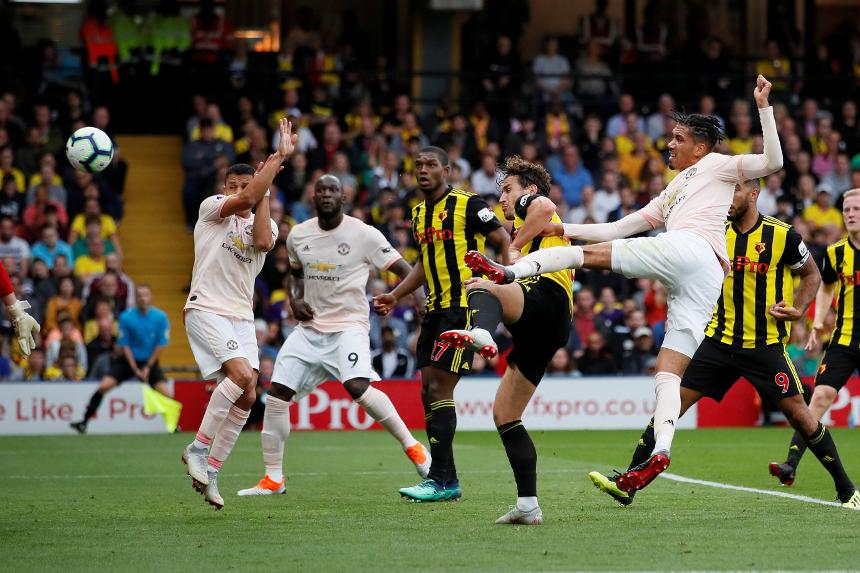 Romelu Lukaku gave United the lead, finding himself in the right place to convert Ashley Young's cross with his midriff 35 minutes in.

Watford pushed on in the second half and Andre Gray halved the deficit with 25 minutes to go, arriving late to power home Abdoulaye Doucoure's cross.

Nemanja Matic was shown a red card in the third minute of stoppage time for a second bookable offence.

In a tense finale David De Gea made an outstanding to deny Christian Kabasele's header.

United held on to end Watford's four-match winning run and move up to eighth with nine points. The Hornets are fourth with four wins from five.