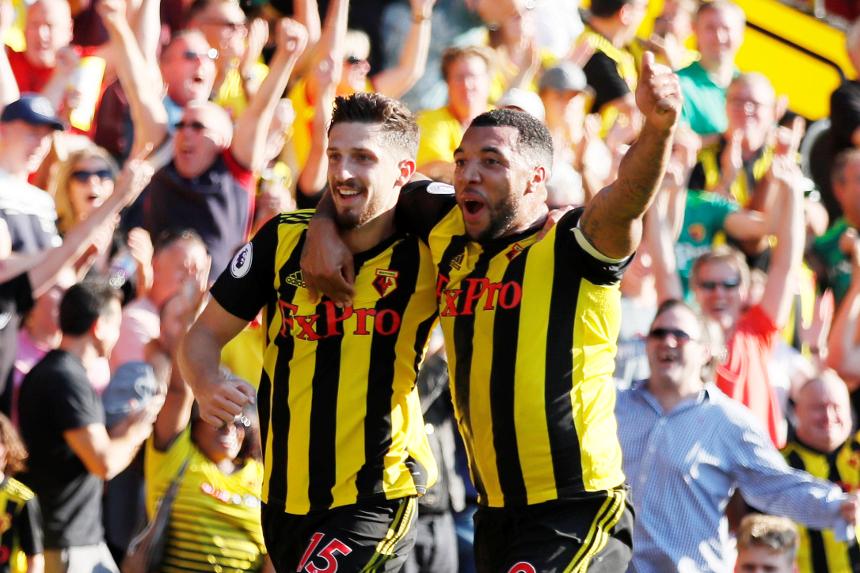 Watford continued their 100 per cent start as they came from behind to beat Tottenham Hotspur 2-1 at Vicarage Road.

Spurs' Dele Alli headed over the best chance of the first half on 13 minutes.

But the visiting side took the lead on 53 minutes when Lucas Moura's cutback hit Abdoulaye Doucoure and went into the Watford midfielder's goal.

On 69 minutes, Watford were deservedly level when Troy Deeney headed in a Jose Holebas free-kick.

Holebas had his second assist of the match seven minutes later when Craig Cathcart nodded in the winner from his corner.

The win moves Watford third, level on 12 points with Liverpool and Chelsea. Spurs drop to fifth.