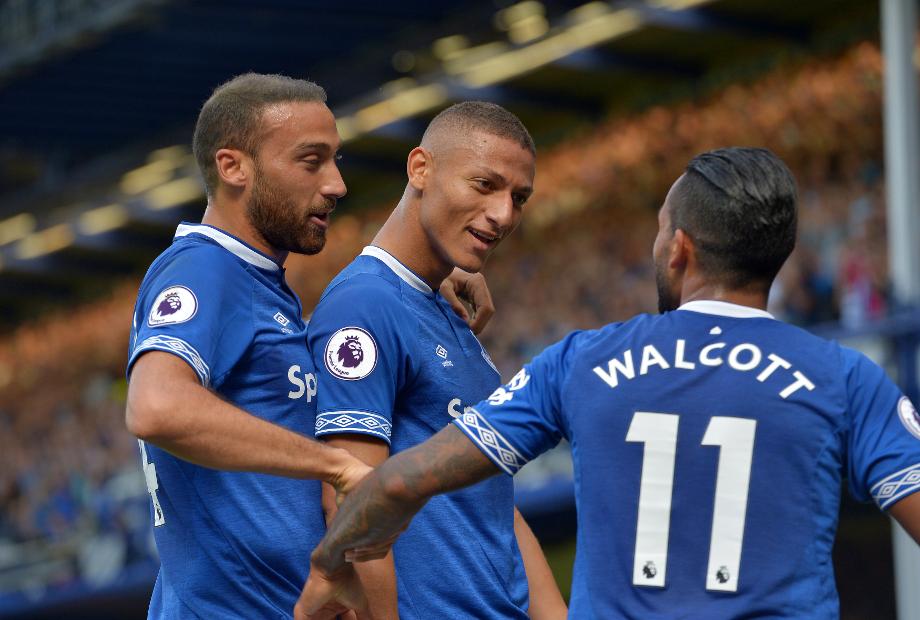 A straight red card for Richarlison (£6.7m) has had big repercussions in Fantasy Premier League.

The Everton midfielder went into the weekend as the most-bought player in FPL after scoring three goals in his first two matches.

But his 30 per cent ownership is rapidly declining after he was sent off against AFC Bournemouth for violent conduct.

Over 413,000 managers have already sold the Brazilian, who is suspended for two FPL Gameweeks.

He will miss back-to-back home matches against Huddersfield Town and West Ham United, as well as Wednesday’s Carabao Cup tie with Rotherham United.

Richarlison will be back for the Gameweek 6 trip to Arsenal.

FPL managers are already looking for a quick replacement.

Richarlison had risen £0.3m in price this season but has already slipped by £0.1m and is likely to drop further as he leaves more and more squads.

His team-mate Theo Walcott (£6.6m) has been the most popular choice.

More than 216,000 have made the direct trade to Walcott, who has scored in each of the last two Gameweeks and has outscored Richarlison by one point.

And the schedule suggests he could reward that rise in ownership.

All four of Everton’s home matches in the next six Gameweeks score just two in the Fixture Difficulty Ranking (FDR).

Two of those players have eye-catching schedules to come.

Four of Mkhitaryan’s next five matches score only two in the FDR.

And Pedro has three home fixtures in the next four Gameweeks.

But Pereyra’s run could pose problems for his 8.9 per cent ownership.

His Watford side face Tottenham Hotspur, Manchester United and Arsenal in the next four Gameweeks.

Holly Shand (@FFCommunity_): "With Pedro likely to be rotated, and tough fixtures for Pereya, I’m choosing between Walcott and Mkhitaryan. Both have excellent upcoming fixtures."

Nick (@WGTA_FPL): "The easiest solution would be a straight swap for Walcott. He has two goals and an assist and with appealing home matches against Huddersfield and leaky West Ham next up, he is the standout option, with Pedro running a close second."

Mark (@FPLGeneral): "Walcott is the obvious move. He has the form and the fixtures. Pascal Gross is another possible replacement in my thoughts."

Ben Crabtree (@FC_CrabDogg): "Walcott is the easy switch but it may be necessary to look cheaper for upgrades elsewhere. Tom Cairney or N'Golo Kante may help raise funds for Marcos Alonso or Harry Kane."

Lee Bonfield (@FPLFamily): "Walcott looks a ready-made replacement. He has form, fixtures and, crucially for him, confidence. I would also expect Marco Silva to rest him for the midweek cup matches, which will demonstrate how valued he currently is in this Everton side."

Jay Egersdorff (@JEgersdorff): "Walcott is the ‘boring’ switch but you cannot argue with his form and two nice home fixtures provide encouragement for this to continue. His place in the XI has become more secure, too, given Richarlison’s suspension."