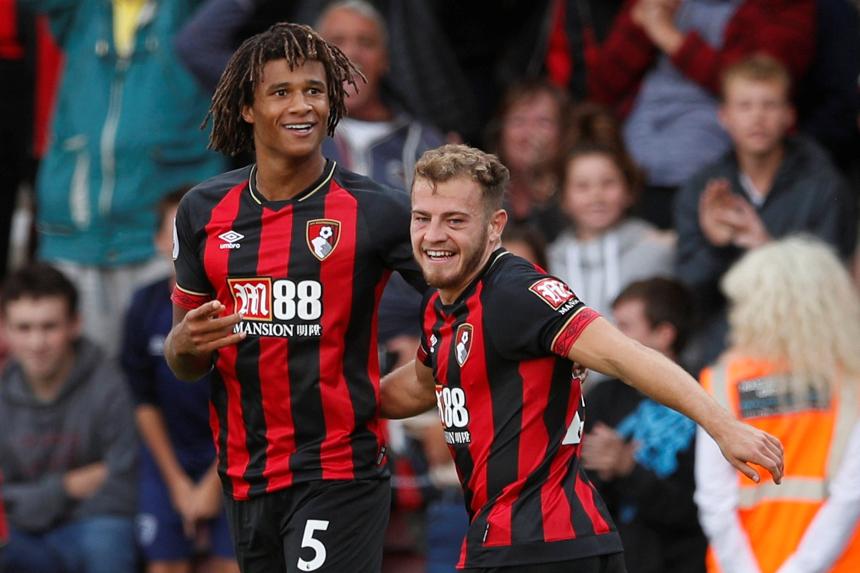 AFC Bournemouth came from two goals down to draw a thriller with Everton at Vitality Stadium.

Everton's Richarlison was shown a red card for violent conduct four minutes before half-time but Theo Walcott gave them the lead on 56 minutes, converting a Cenk Tosun through-ball.

Adam Smith was then sent off just after the hour for bringing down Walcott, and the visitors capitalised as Michael Keane headed in Gylfi Sigurdsson's cross five minutes later.

Joshua King converted a penalty won by Callum Wilson before Nathan Ake completed the comeback in the 79th minute.

Keane was carried off on a stretcher late on after a clash of heads with Idrissa Gueye.

The result means AFC Bournemouth, despite losing their 100 per cent record, move up to third, level with Manchester City, on seven points.