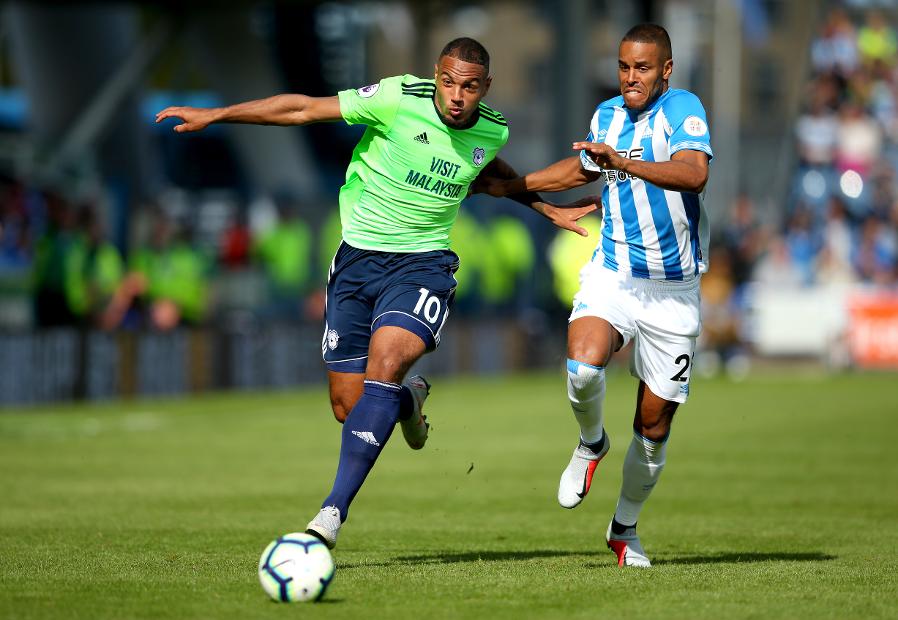 Cardiff City were held to a 0-0 draw by 10-man Huddersfield Town.

Seeking their first points of the season, Huddersfield Town struggled for chances in the first half at the John Smith's Stadium.

But after the break Cardiff goalkeeper Neil Etheridge was forced into a good save by Steve Mounie's header.

The home side's task was made harder on 63 minutes when Jonathan Hogg was shown a red card for violent conduct.

Sean Morrison and Josh Murphy then each shot narrowly wide as Cardiff could not find a way to earn their first win of the season.