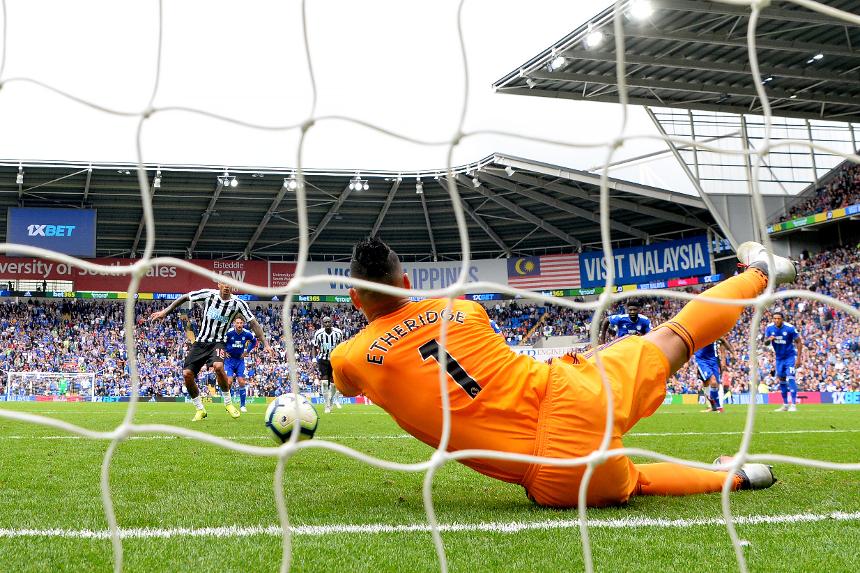 Cardiff City goalkeeper Neil Etheridge saved a stoppage-time penalty from Newcastle United’s Kenedy as each side earned their first point of the season.

Newcastle substitute Isaac Hayden was shown a straight red card for a 66th-minute tackle from behind on Josh Murphy.

Sol Bamba and Harry Arter came close for Cardiff, while Murphy’s brother Jacob came on for the visitors, making them only the second set of twins to play against each other in the Premier League.