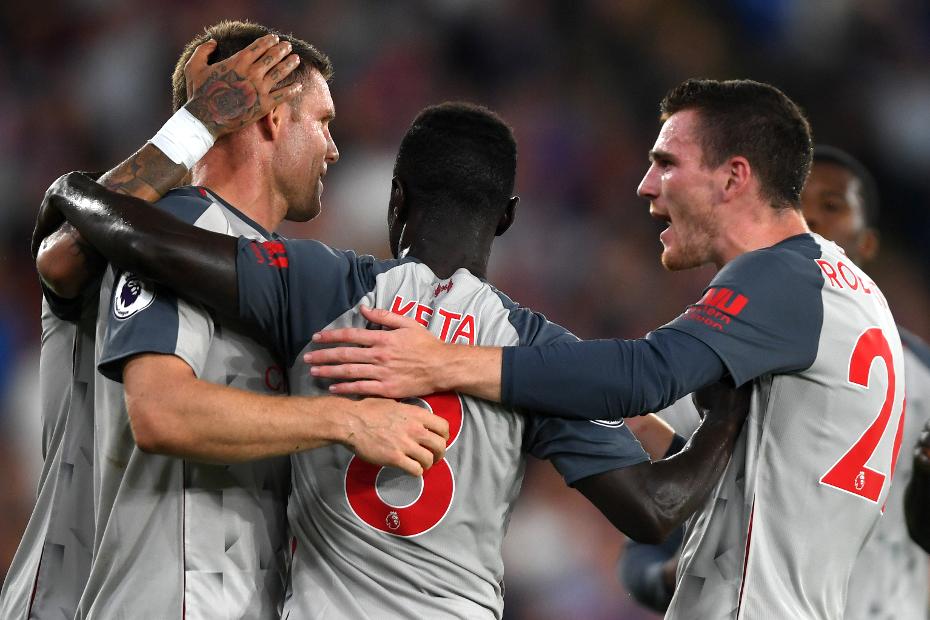 Goals from James Milner and Sadio Mane gave Liverpool victory at Crystal Palace in the first Monday night match of the season.

Palace were unlucky not to take the lead when Andros Townsend's shot from distance smashed against the crossbar.

But in the last minute of the first half Mohamed Salah was brought down by Mamadou Sakho and Milner converted his 13th successful Premier League spot-kick.

Alisson saved from both Luka Milivojevic and Wilfried Zaha and Palace's search for an equaliser became harder when Aaron Wan-Bissaka was shown a straight red card for fouling Salah when through on goal.

The Reds took advantage of the extra man in stoppage time when Salah assisted Mane for his third goal of the season.

Second-placed Liverpool are the sixth club to win each of their first two fixtures. The Eagles stay on three points in 10th.