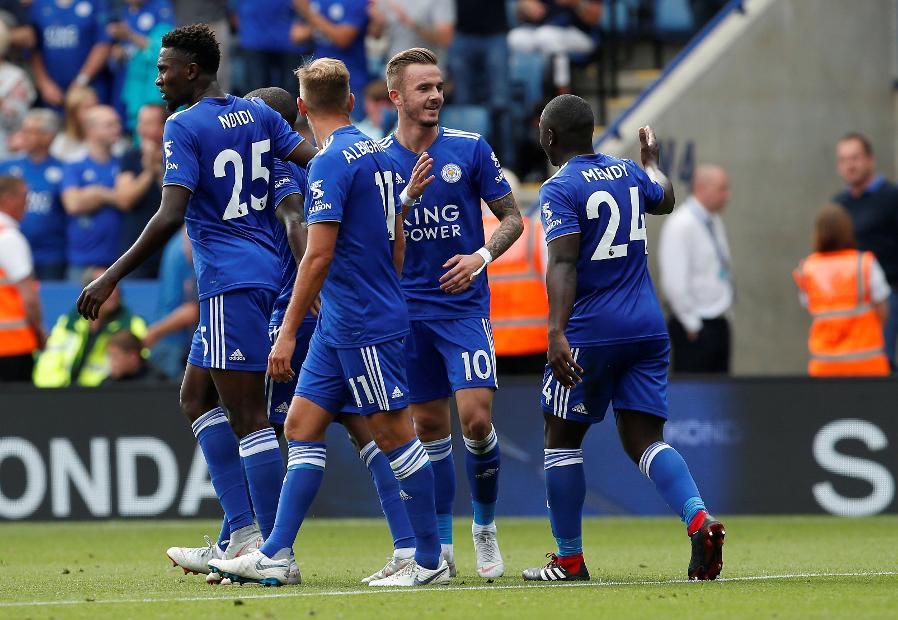 Leicester City secured their first points of the season with a 2-0 victory against Wolverhampton Wanderers.

Wolves started brightly, hitting the woodwork through Joao Moutinho then Raul Jimenez, but it was the Foxes who struck first.

A cross from Marc Albrighton was headed into the back of his own net by Matt Doherty on 29 minutes.

On the stroke of half-time, Claude Puel's side doubled their advantage as James Maddison curled a deflected effort into the bottom corner for his first Leicester goal.

Jamie Vardy was sent off on 65 minutes for a reckless challenge on Doherty but Wolves could not capitalise.