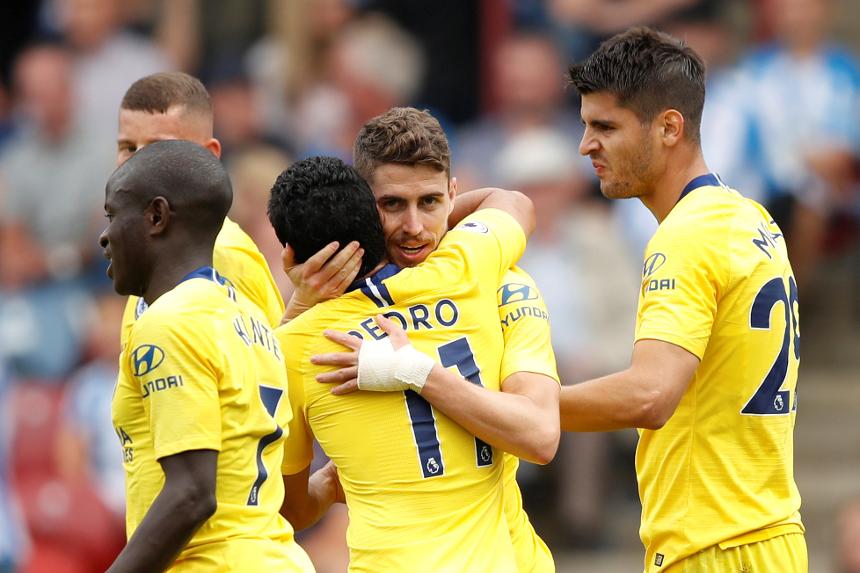 Huddersfield Town striker Steve Mounie then headed against a post before Jorginho doubled Chelsea's lead in the last minute of the first half.

The summer signing converted a penalty after Marcos Alonso had been fouled by Christopher Schindler.

Eden Hazard came off the bench to assist Pedro in the second half, while new Chelsea goalkeeper Kepa Arrizabalaga earned a clean sheet on his debut at John Smith's Stadium.