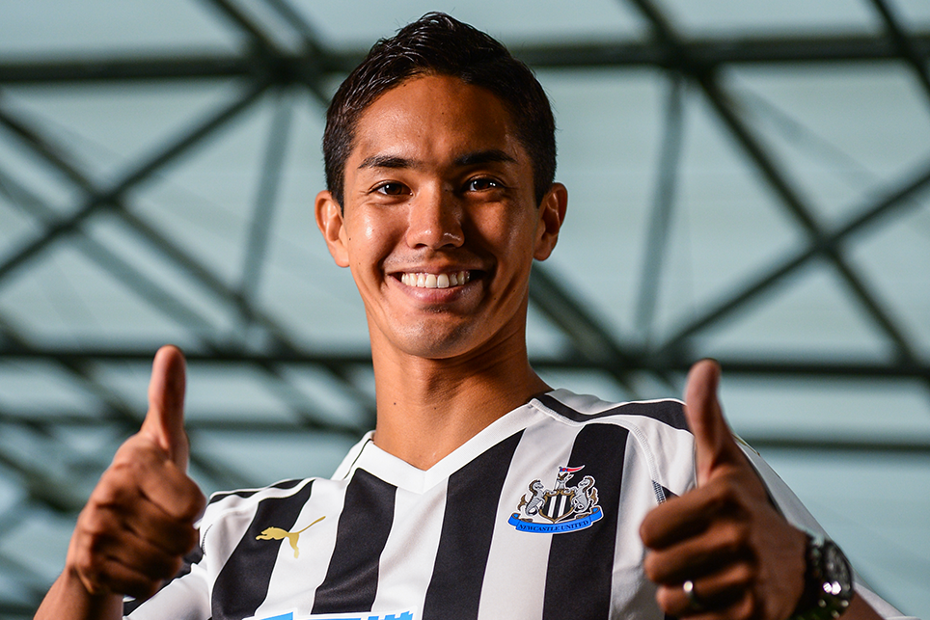 The striker, who helped Japan reach the last 16 of the 2018 FIFA World Cup, was granted a work permit on Thursday.

He has signed an initial four-year contract at St James' Park following his move from German club Mainz.

Muto told Newcastle's official website: "As the first Japanese Newcastle United player, I am honoured to be a player for such a big club.

"I hope to achieve good results - that is what I am here to do. I would like to perform well and leave my name in Newcastle's history."

The 26-year-old can become the eighth Japanese player to feature in the PL when Newcastle host Tottenham Hotspur in their season opener on Saturday 11 August.

Five of those players have scored at least one goal in the competition and Muto will no doubt aspire to reach Leicester City striker Shinji Okazaki's total of 14 PL goals, the most by a Japanese player.

Muto is the third player from his country currently at a Premier League club, after Okazaki and Southampton defender Maya Yoshida.

We are delighted to announce that Japan international Yoshinori Muto has completed a move to Newcastle United after he was granted a work permit at a hearing today. #NUFC pic.twitter.com/eB7qAoxtsa