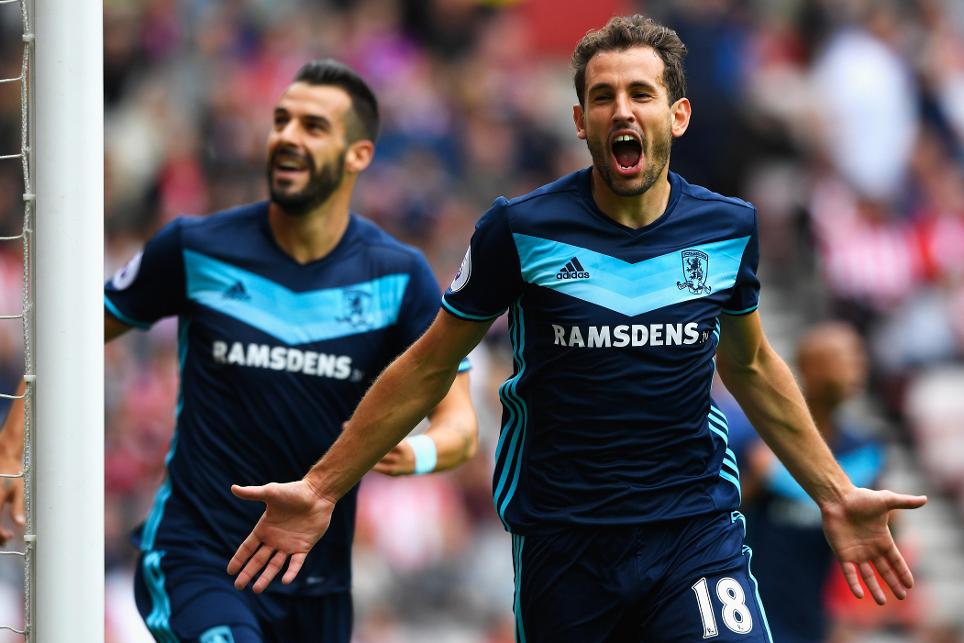 Brendan Galloway picked up a knock in the League Cup in midweek and could be forced to wait for his West Bromwich Albion Premier League debut. Chris Brunt (knee) remains out while Jonny Evans could miss out with a hip problem.

Middlesbrough defender George Friend is a doubt for the trip to the Hawthorns after picking up a knock in the EFL Cup defeat to Fulham on Wednesday.

Fabio (knee) has been ruled out and Victor Valdes (thigh) is also struggling to be fit having suffered a hamstring injury in training that forced him out of last weekend's Sunderland match. Bernardo Espinosa is being considered for a Premier League debut.

Middlesbrough striker David Nugent has scored in both of his league matches against West Brom at the Hawthorns - for Preston North End in December 2006 and Leicester City in April 2015.

Cristhian Stuani scored twice on his Premier League debut for Boro last weekend – only Jimmy Floyd Hasselbaink, Alen Boksic and Mido have scored in their first two appearances for the club in the competition.

Middlesbrough striker Alvaro Negredo has been directly involved in all of his side’s three Premier League goals so far this season – scoring one and assisting the other two.

West Bromwich Albion head coach Tony Pulis: "Boro are well organised and they have some quality players. It will be tough but every Premier League game is tough."

Middlesbrough head coach Aitor Karanka: "West Brom is another difficult game. For me, Tony Pulis is an amazing manager and I've learned a lot from his experience."

See more: 'We have to recover quickly from cup exit'