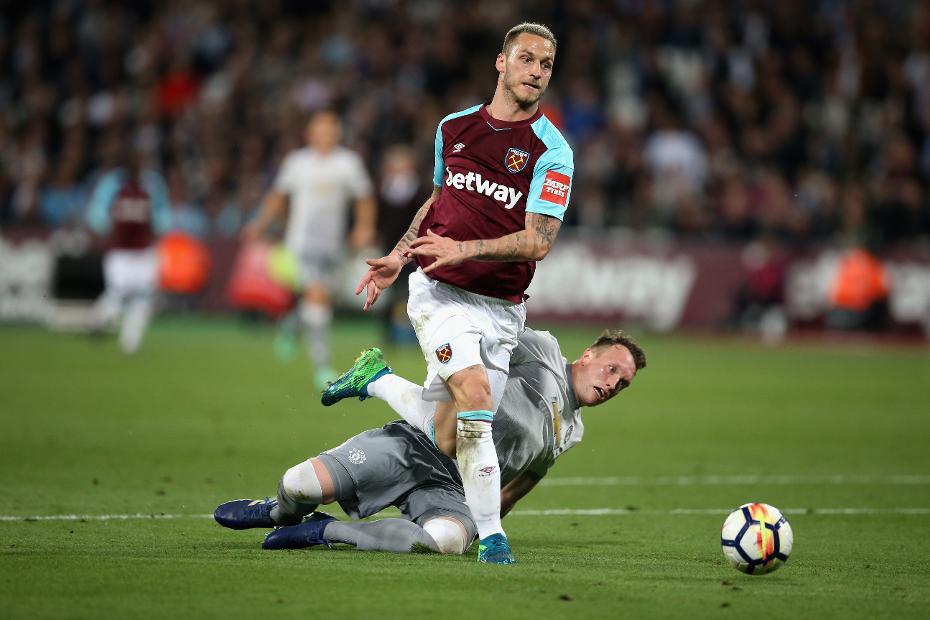 Managers of Fantasy Premier League teams will have to make room in their forward line if they want to select Marko Arnautovic (£7.0m) this season.

The West Ham United star was classified as a midfielder in 2017/18 but has now been changed to a forward.

Arnautovic failed to produce a single goal or assist in the first 15 Gameweeks but then profited from a move up front.

The Austrian ranked among the top five players in the entire game for shots (60) and goals (11) from Gameweek 16 onwards.

Arnautovic also went on to finish with seven assists, prompting his reclassification as a forward for this season.

Wilfried Zaha (£7.0m) is another to find his position redefined from a midfielder to a forward.

He was moved from the wing to centre-forward in Gameweek 30 for Crystal Palace last season.

After this switch Zaha recorded five of nine goals, four of his seven assists and all eight of his bonus points.

Much like Arnautovic, he can benefit from an extra boost in the Bonus Points System (BPS).

Forwards score 24 points in the BPS for every goal scored, whereas midfielders are awarded 18.

Having played as a left-back for Manchester United last season, Ashley Young (£6.0m) has been reclassified from a midfielder to a defender.

This could have a major impact on his potential.

As a midfielder, Young earned only one point for each of his nine clean sheets in 2017/18.

But as a defender, he will now receive four points.

Aaron Cresswell, Kieran Trippier and Ben Davies were the only defenders to set up more goals with seven apiece.