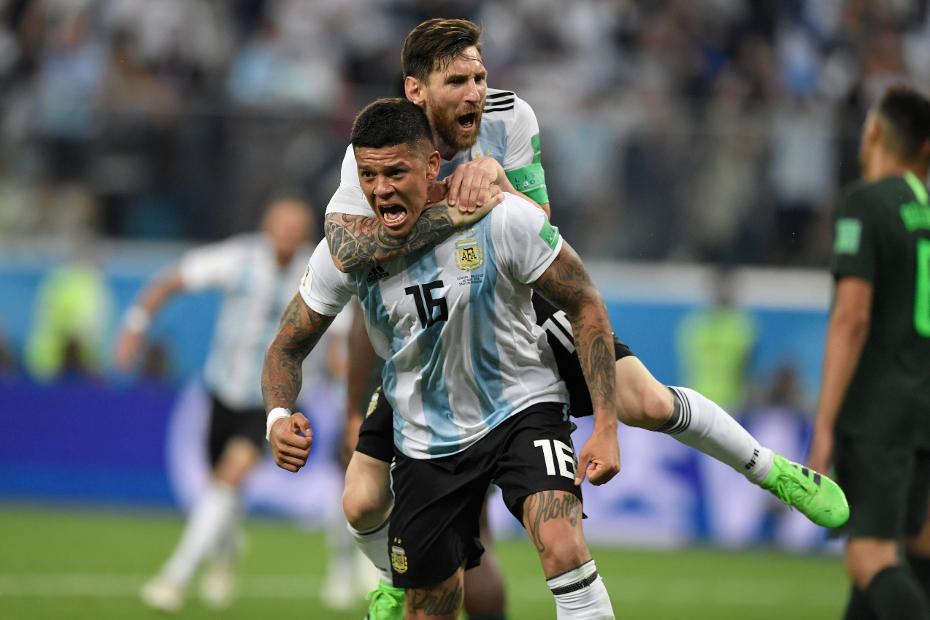 Rojo: From the boy with no kit to PL star

Rojo to the rescue! External Link

Marcos Rojo struck a dramatic winning goal to take Argentina into the last 16 of the 2018 FIFA World Cup.

With the South American side four minutes away from elimination Manchester United defender Rojo produced an emphatic volley to seal a 2-1 win against Nigeria in St Petersburg.

Chelsea’s Victor Moses appeared to have done enough to take Nigeria through when he cancelled out Lionel Messi’s opener with a penalty before Rojo pounced.

Andre Carrillo was on target as Peru signed off with a 2-0 win over Australia in Sochi.

In the other Group C match Kasper Schmeichel of Leicester City, Chelsea’s Andreas Christensen and Huddersfield Town’s Zanka kept a clean sheet in Denmark’s goalless draw with France in Moscow.

Spurs' Christian Eriksen twice came close but the point was enough for both the Danes and France, for whom Chelsea pair N’Golo Kante and Olivier Giroud started, to reach the last 16.