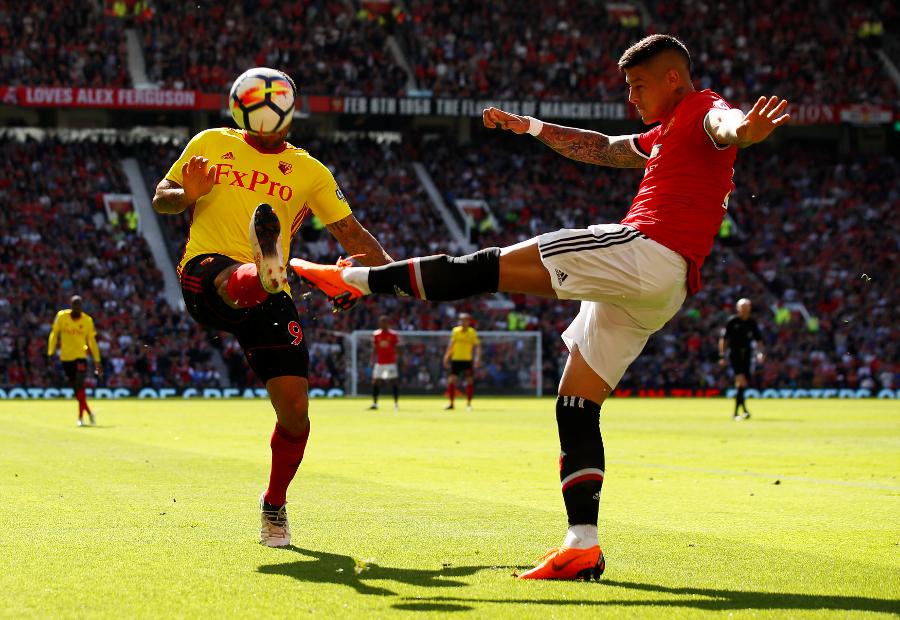 He used to turn up for training with little but his bike; now the Man Utd and Argentina defender is living the dream

Marcos Rojo is a defender whose performances for Manchester United have been characterised by a tough, no-nonsense approach.

The determination and endeavour that have taken him to the Premier League and to representing Argentina were present from a young age, as people who witnessed his rise recall.

"He is an example to me as a coach," Alejandro Russo, Rojo's former coach at Estudiantes when the player was a kid, tells Man Utd's official website.

Russo was impressed by the youngster who did not let the distance from the training ground or lack of equipment stop him from turning up.

'He made his dreams come true'

"I work with young players and I can say that a boy who used to come to training on his bike when he was 12 - he used to travel 10km here and 10km back - he trained and he made his dream come true.

"He was a boy who came to training very happy, perhaps lacking some of the right gear, clothing, football boots, but he was always smiling and because of that his team-mates loved him."

Sixteen years on, Rojo is looking to guide Argentina into the last 16 of the FIFA 2018 World Cup, but his attitude to the game has not changed.

"With his teeth gritted, he will work until his last drop of sweat."