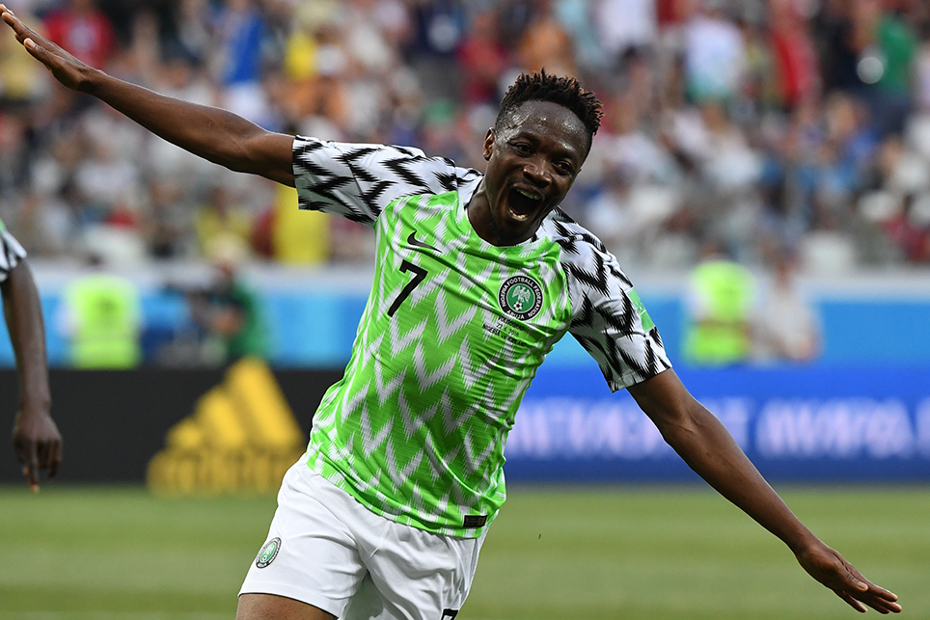 Ahmed Musa became the first Leicester City player to score at a FIFA World Cup as his brace secured Nigeria's 2-0 victory over Iceland.

The 25-year-old striker scored both goals in the second half, Chelsea's Victor Moses providing the assist for the first, and also hit the bar as Nigeria claimed their first victory at the 2018 finals in Russia.

Musa was joined in the starting line-up by Foxes team-mates Wilfred Ndidi and Kelechi Iheanacho.

In the late match, Stoke City's Xherdan Shaqiri scored a last-gasp winner to give his Switzerland side a dramatic 2-1 victory over Serbia in Kaliningrad.

Newcastle United striker Aleksandar Mitrovic opened the scoring in the fifth minute for Serbia with a trademark header before Arsenal midfielder Granit Xhaka equalised with a superb 52nd-minute drive.

Earlier, Chelsea's Willian and Manchester City's Gabriel Jesus started and Fernandinho and Roberto Firmino came on as substitutes in Brazil's 2-0 victory over Costa Rica - their first win of the tournament.