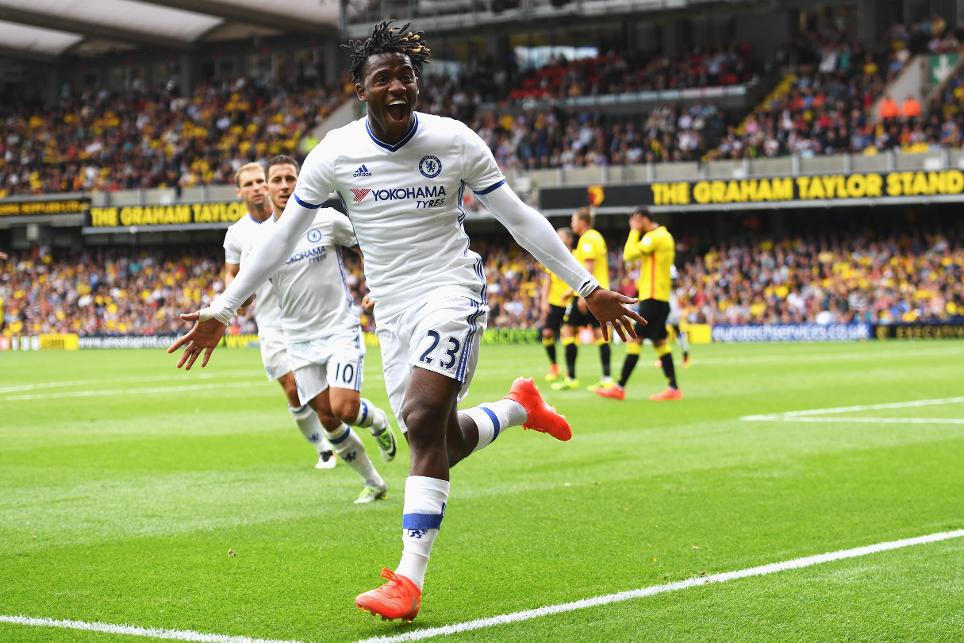 Chelsea came from behind to beat Watford 2-1 at Vicarage Road thanks to goals from Michy Batshuayi and Diego Costa.

Watford looked to be on course for just their second home victory over the Blues in Premier League history after Etienne Capoue opened the scoring with his second goal in as many matches.

The midfielder’s left-footed drive 10 minutes into the second half looked like earning the Hornets their first win over Chelsea in all competitions since 1999, but an inspired second half turnaround instead preserved the visitors’ 100% record in 2016/17.

Batshuayi found the back of the net with his first Chelsea goal just seven minutes after replacing Oscar, latching on to Eden Hazard’s effort which Heurelho Gomes could only parry out to the feet of the Belgian striker.

Batshuayi came off the bench to assist Costa in the 2-1 defeat of West Ham United in Matchweek 1 and it was the Spain international who once again had the final say here.

Cesc Fabregas, who came on as a substitute himself in the 78th minute, set Costa free with a glorious lofted ball, with the centre-forward making no mistake from inside the box to earn all three points and net his seventh goal in nine Premier League matches in the month of August.