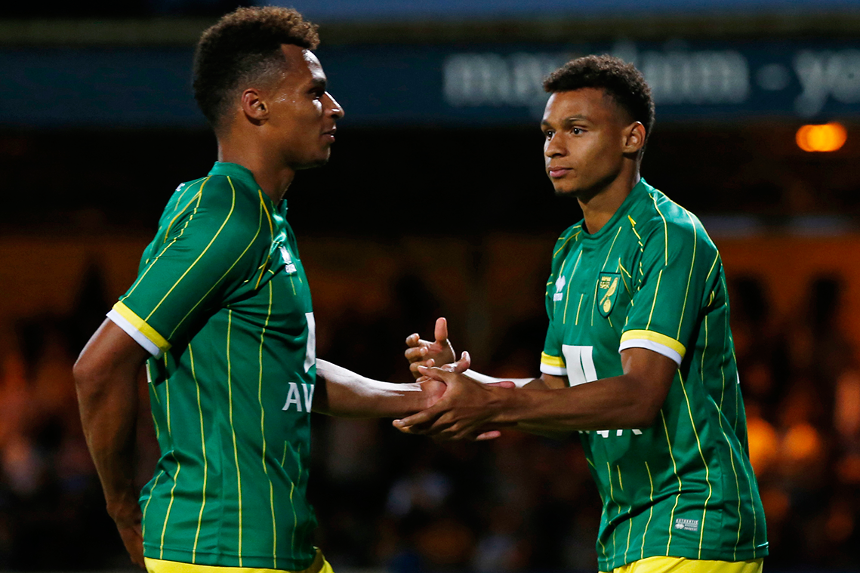 Murphy: 'I hope next season will be a big one for me' External Link
Twins in the Premier League

Like many twins Josh Murphy and Jacob Murphy spent a lot of their 23 years together in their journey to become professional footballers.

This Saturday, on the second weekend of the 2018/19 Premier League they could find themselves on the same pitch, but on separate teams.

Josh will be hoping to make his home debut for Cardiff City when they take on Jacob's Newcastle United.

Were the pair to play at Cardiff City Stadium, it would be only the second time that twins have played against each other in the competition.

Michael Keane, then of Burnley, faced his brother Will, playing for Hull City on 10 September 2016.

The Murphys both joined Norwich City’s Academy and signed their first professional contracts in January 2013.

They worked their way up together, via Premier League 2, before loan spells separated them. But they were reunited to be part of Norwich’s 2016/17 Championship team.

Coincidentally, Josh came on for twin Jacob to score the winner for the Canaries against Cardiff in the Championship on the very same day as the historic PL meeting between Will and Michael Keane.

It was also the first time the Murphy brothers both appeared in the same league fixture.

Jacob made his Premier League debut against Huddersfield Town on 20 August 2017, after his summer move from Norwich.

Prior to his PL debut for the Bluebirds, as a substitute in the 2-0 defeat at AFC Bournemouth, Josh featured nine times in the top flight, in 2013/14.

But his first match against his brother will be a unique experience for the winger.

"I'll look for the Newcastle games and see when we're going to have a bit of Murphy v Murphy," Josh told Cardiff’s official website before the 2018/19 fixtures came out.

"That'll be nice for the family, before and after, but for those 90 minutes it'll be 'winner takes all'."

The Murphys can become the sixth twins to play in the same Premier League match.

Rafael and Fabio Da Silva won the 2010/11 Premier League title together with Manchester United, and featured alongside each other on three occasions.

Rod Wallace played in all seven of Ray Wallace’s PL matches for Leeds United, from 1992 to 1994, while Adam and James Chambers both played a part in West Bromwich Albion’s 2-1 defeat by Arsenal on 26 December 2002.

But the twins to link up the most in the Premier League were Martin and Marcus Olsson, who played in the same match on 10 occasions for Blackburn Rovers in 2011/12.

Twins in the PL

Jacob Murphy spoke to NUFC TV about the prospect of facing his twin brother Josh in the @premierleague next season.