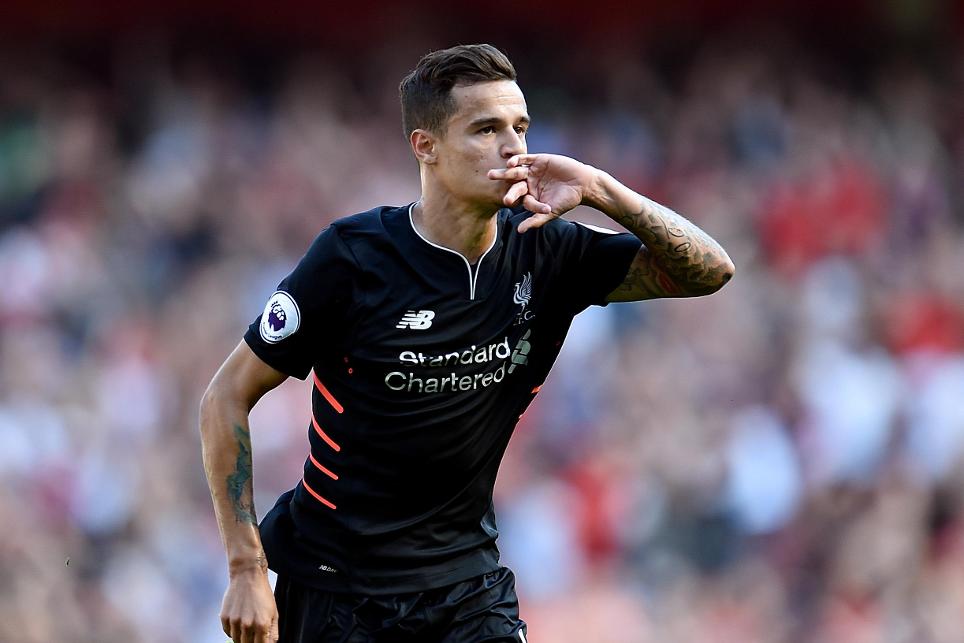 Coutinho: That was my best ever free-kick External Link

The Brazilian netted with both of his shots on target against Arsenal and, having earned the maximum bonus points, returned a 15-point haul in Gameweek 1 – more than any other player.

Withdrawn due to cramp midway through the second period, Coutinho now looks poised to be unleashed against Burnley this weekend and has already received more than 160,000 transfers in.

The likes of Henrikh Mkhitaryan (£9.5m), Roberto Firmino (£8.5m), Christian Eriksen (£8.5m) and Aaron Ramsey (£8.0m) have been traded in for the in-form Reds playmaker, with all four subject to heavy transfers out.

Mkhitaryan, in particular, has suffered significant sales, with more than 31,000 FPL managers moving him on after a brief cameo as a substitute for Manchester United at AFC Bournemouth.

Coutinho owners should be aware that Liverpool face a trio of testing fixtures directly after Saturday's Turf Moor encounter, though, as Jurgen Klopp’s side have trips to Tottenham Hotspur and Chelsea either side of a visit from Leicester City.

Elsewhere in the market, Middlesbrough’s summer signing Alvaro Negredo (£6.5m) has been drafted in by more FPL managers than any forward this week.

More than 98,000 have acquired the Spaniard, who bagged a goal and maximum bonus points on his debut, earning a nine-point return in a 1-1 home draw with Stoke City.

With Sunderland, West Bromwich Albion, Crystal Palace and Everton up next for the Teesside team, Negredo has the platform to maintain his strong start.

After failing to score in Leicester’s shock loss at Hull City, Jamie Vardy (£10.0m) has experienced more sales than any other player in the Gameweek.

More than 46,000 have parted company with the Foxes forward, who next plays an Arsenal side who have just shipped four goals at home to Liverpool.

It is also worth noting that Vardy netted 14 of his 24 strikes at the King Power Stadium last term.

Considering Leicester also entertain Swansea City and Burnley in their next four fixtures, many of Vardy's 25.9% owners may be prepared to remain patient in light of that home record.

Drafted into 83,000 FPL squads this week, Kingsley is far from an assured starter, though.

The Scot was handed a rare first-team outing by Francesco Guidolin at The Hawthorns, as first-choice left-back Neil Taylor (£4.5m) was afforded an extended rest due to his exertions for Wales at UEFA Euro 2016.