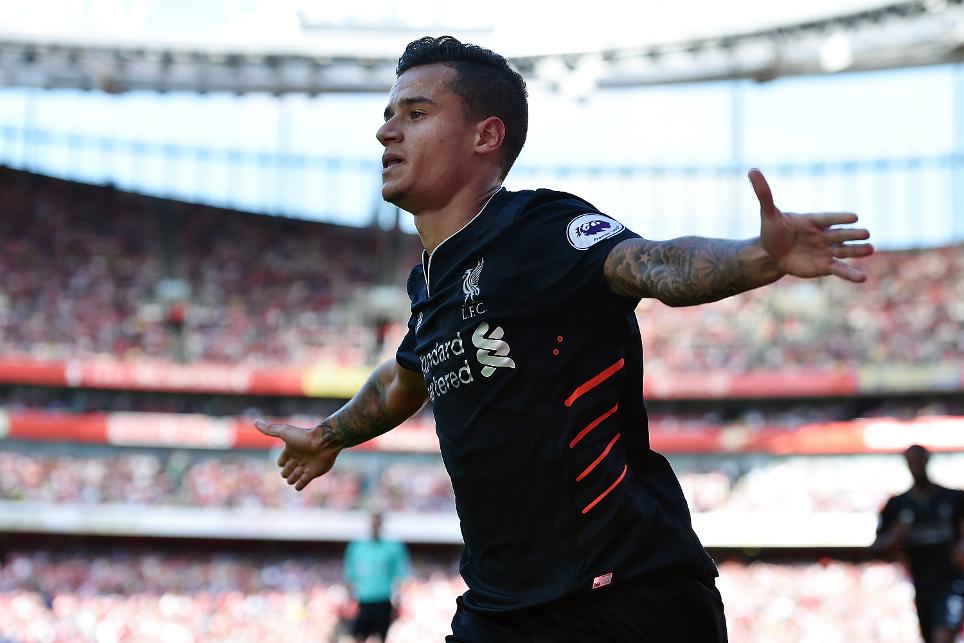 The Scout sifts through the avalanche of goals at Emirates prompted by sparkling Coutinho.

Coutinho: That was my best ever free-kick External Link

The superb second-half display by Liverpool ensured that Jurgen Klopp’s side mopped up the bonus points.

The Brazilian registered 46 in the Bonus Point System (BPS), the top tally of any player over the weekend action. His goals, coupled with two key passes and a completed dribble, sealed that impressive total.

Simon Mignolet (£5.0m) completed the Liverpool hat-trick, his first-half penalty save from Theo Walcott (£7.5m) ensuring 29 points in the BPS.

Sadio Mane (£9.0m) was deprived bonus points, despite a sublime solo goal, after conceding possession through being tackled on nine occasions.

The Brazilian’s Influence score of 76 was the biggest count of the weekend and helped him to an Index total of 14.5, with Lallana scoring 14.2.

Mane earned a total of 65 to Lallana’s 57, more than any other midfielder over the weekend fixtures, courtesy of three efforts from inside the Arsenal box.

There was little consolation for the Gunners, although Calum Chambers’ (£4.5m) goal, coupled with a defensive shift where he won eight of 10 aerial duels, helped him to an impressive Influence score of 52.

Coutinho’s imperious display established him as the top FPL points-scorer of the weekend. The Brazilian has instantly shot to the top of the transfers in table.

With Mane also delivering, each one of Liverpool’s top-five owned midfielders scored or assisted, aside from Roberto Firmino (£8.5m).

That will irk his 11% ownership but Firmino was unfortunate to leave Emirates Stadium without points. Leading the Liverpool attack, he fired in four efforts on goal, three from inside the penalty area.

As for Arsenal, it was surprising to see Walcott handed the first-half spot-kick ahead of Alexis Sanchez (£11.0m). His subsequent miss would suggest he may relinquish those duties.

Elsewhere, Alex Iwobi’s (£6.0m) start and assist from the left flank could set him up for another run on Arsene Wenger’s teamsheet after making eight starts last season, if he can recover quickly from a thigh injury that forced him off on Sunday.

The Arsenal manager is likely to be more focused on shuffling defensive resources.

Laurent Koscielny will surely be considered for a recall for the Gameweek 2 trip to Leicester City, having been preserved from this defeat.