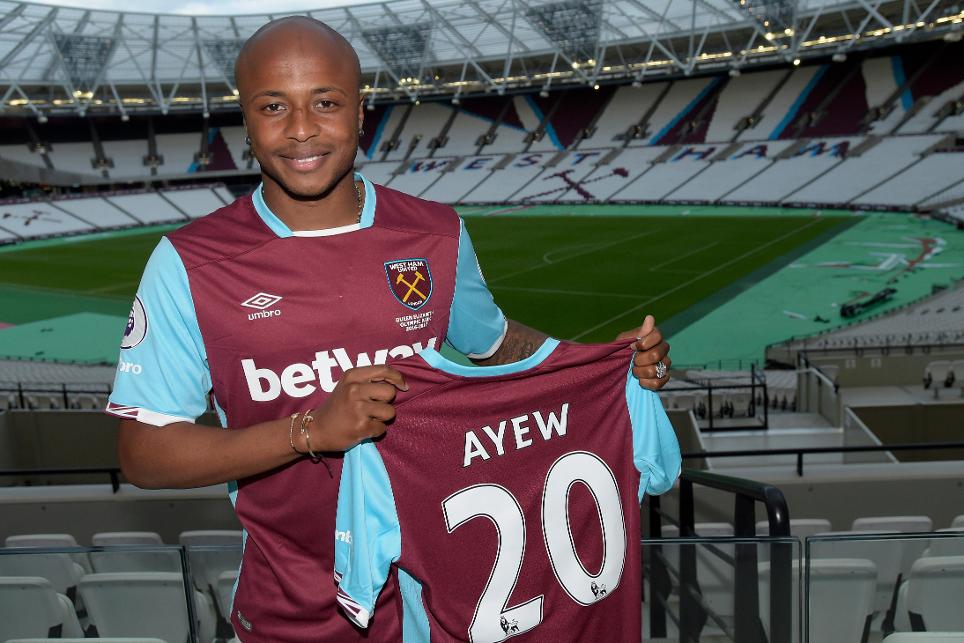 West Ham United captain Mark Noble is “over the moon” that Andre Ayew moved to the club from Swansea City.

Andre Ayew made the switch from South Wales this summer, and he is certainly a familiar face to Hammers fans, scoring in a 4-1 victory for Swansea at the Boleyn Ground last season.

The Ghana forward will now be in contention for the Hammers’ season opener at Chelsea on Monday, and Noble is delighted with the club’s latest addition.

“I think he’s top quality,” Noble said at the 2016/17 Premier League Season Launch. “I played against him twice last year and he was on a different gear. As soon as I saw that we were in to sign him I was over the moon.

“I met him the other day and he is seems very keen. Andre seemed like he really wanted to be here so that’s great.”

Ayew reunites with his former Marseille team-mate Dimitri Payet, West Ham’s 2015/16 Player of the Season after a sensational debut campaign, and manager Slaven Bilic is also happy with his arrival.

Bilic said: “He’s a top player, he has a great mentality.

“He’s at a great age, he’s very motivated, he proved himself in the Premier League with Swansea, and he can play in different positions and systems.”

West Ham's Premier League opener against Chelsea kicks off at 8pm BST this evening. The Hammers haven't won at Stamford Bridge in their last 10 attempts.