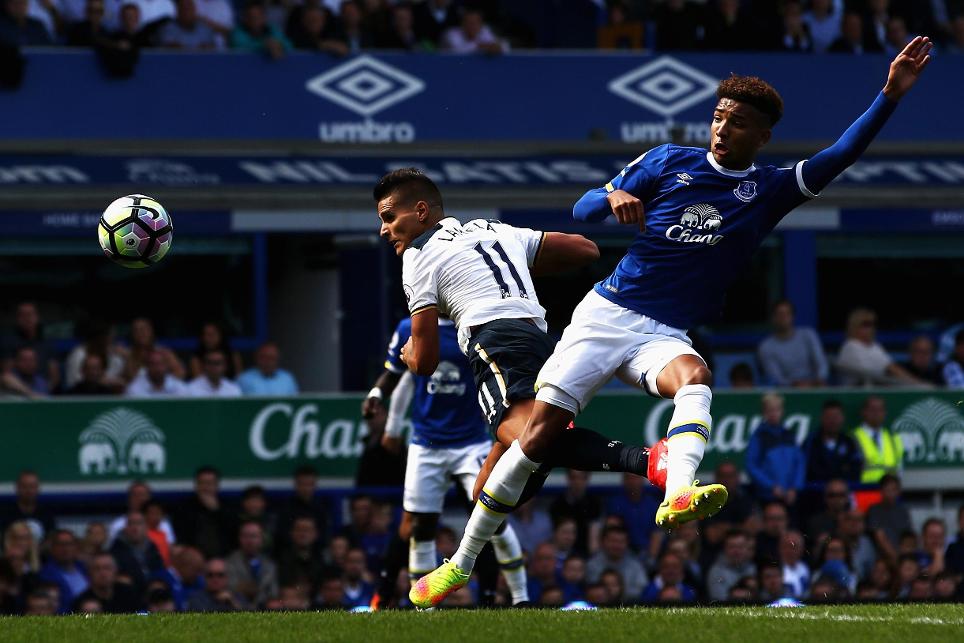 Everton goalkeeper stars on debut as honours shared at Goodison

Ronald Koeman’s reign at Everton started with a 1-1 draw as heroics from his goalkeeper Maarten Stekelenburg denied Tottenham Hotspur victory at Goodison Park.

Ross Barkley took only five minutes to give the home side the lead with a free-kick before Erik Lamela levelled for Spurs with a glancing header with just under an hour played.

As the visitors took control it was Stekelenburg who preserved a point for Everton with some superb stops.

After Victor Wanyama – playing against his former manager at Southampton – fouled Kevin Mirallas, Ross Barkley’s free-kick flew all the way past Hugo Lloris inside six minutes.

It means the Englishman has scored in each of his last three Premier League appearances on the opening matchday.

Everton looked to double their lead with Gerard Deulofeu and Mirallas causing problems for the visitors, whose captain Lloris was forced off 10 minutes before the break with a hamstring injury, Michel Vorm his replacement.

Mauricio Pochettino changed his Spurs side after the break, handing a Premier League debut to their signing from Alkmaar, Vincent Janssen, who replaced Eric Dier.

Just minutes later Spurs were back on level terms.

Kyle Walker sent in a cross that was met by Erik Lamela, who beat young Mason Holgate to the ball, and his header went into the far corner.

The north Londoners grew in confidence and Everton were rescued twice in quick succession by Stekelenburg, who was signed from Fulham.

The Dutchman reacted quickly to Janssen’s shot from six yards before denying Lamela a second goal of the match, stretching to tip over the midfielder’s deflected effort.