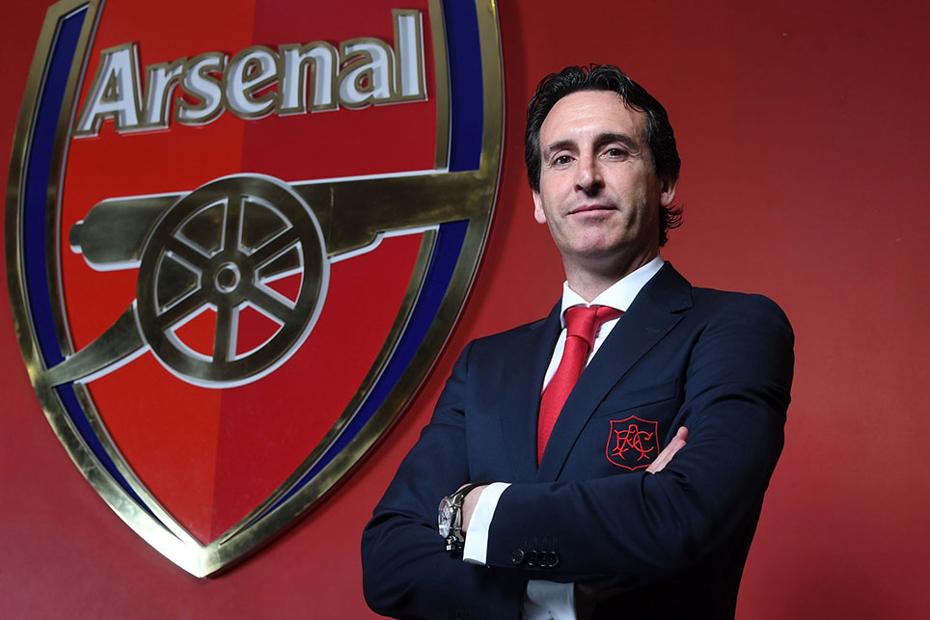 Behind the scenes: Unai at Emirates Stadium External Link

Unai Emery wants to guide Arsenal back to the pinnacle of world football.

In his first press conference as the club's head coach, Emery vowed to get the Gunners back challenging for the Premier League title and UEFA Champions League.

“I believe in the players we have here," said the 46-year-old Spaniard. "We can grow with these players and the objective is to work hard with these talented players, to work to be a candidate for all the titles in the future.

"Then it’s very important, after two years outside the UEFA Champions League, to work towards this, to arrive and be the best team in the Premier League and also the world.”

Emery also laid out what style of football fans can expect to see of his team.

He says he wants the Gunners to be "intense protagonists" in their play.

“In my career I am very demanding for all, demanding of the players also. My idea is to be a protagonist for all of the match. We play against teams with this personality, and I think the history here shows they love playing with possession of the ball.

"I like this, and when you don’t have possession of the ball I want a squad very, very intense in pressing."