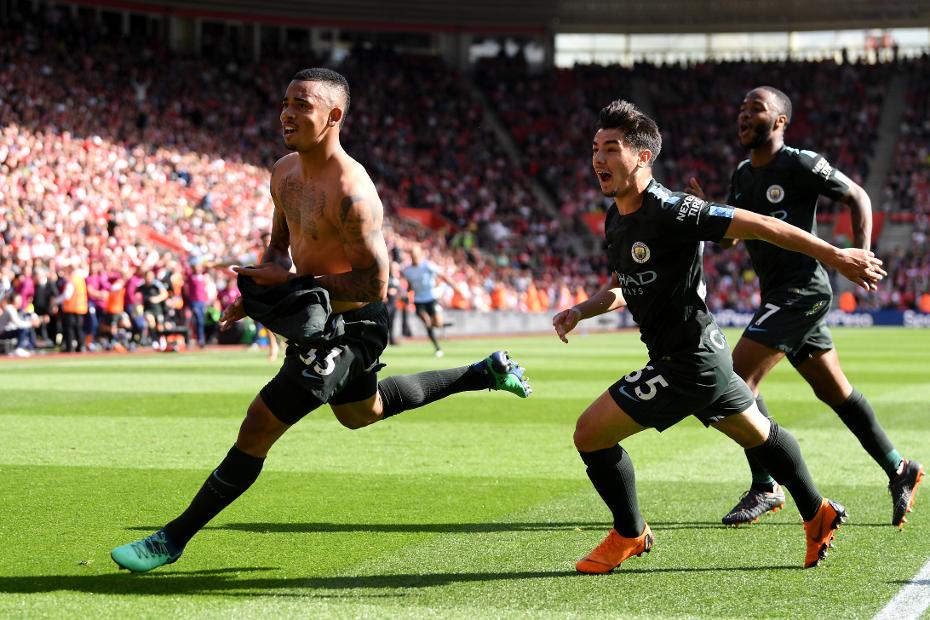 Pep Guardiola's Manchester City have swept all before them in an incredible Premier League campaign.

And another record tumbled when they claimed a 1-0 victory over Southampton in the final match of the season on Sunday.

The win meant they ended the season having trailed for only 153 minutes in Premier League matches.

This is the fewest by a side in a single Premier League campaign.

Remarkably, despite so few minutes being behind, the Gunners lost out to Manchester United for the title on the final day.

City spent 240 days at the top of the table in 2017/18. This is 56 days more than the 184 days they spent in total in their previous two title-winning campaigns.

Most days top of the PL