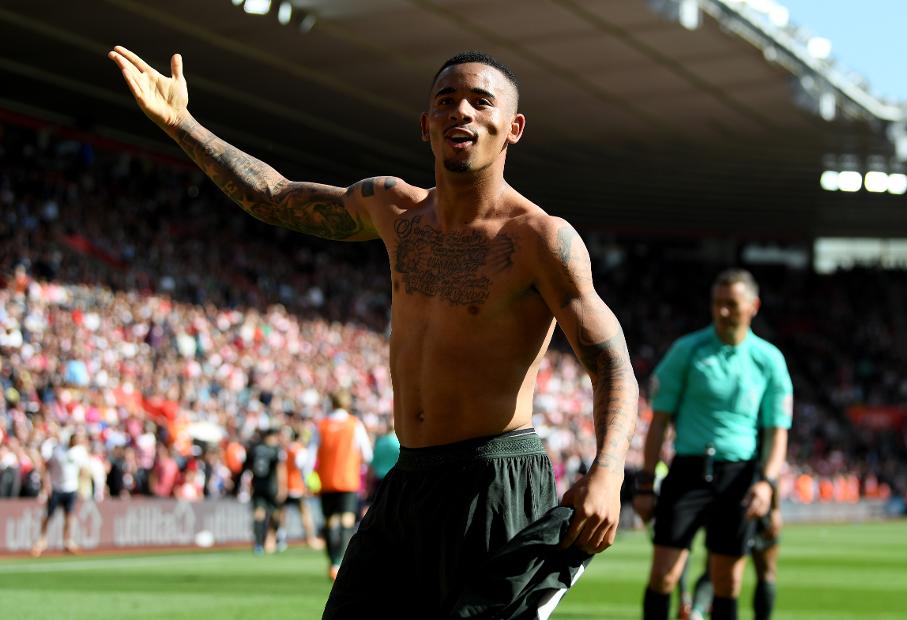 The Brazilian's goal in the fourth minute of stoppage time secured a 1-0 win at Southampton, making City the first team in history to reach 100 points in a top-flight campaign.

Southampton had the better of the chances but Wesley Hoedt headed against the crossbar and Dusan Tadic's shot was cleared off the line by Fernandinho.

Pep Guardiola brought Jesus off the bench and, after Raheem Sterling had hit the woodwork, the substitute struck.

Jesus received Kevin De Bruyne's 16th assist of the season, lifting the ball over Alex McCarthy to make City the first team to record 32 wins in a top-flight campaign and create records for the most away wins (16) and away points (50) in a PL season.

Saints, in 17th place, secured their safety as Swansea City lost to Stoke City to be relegated from the competition.