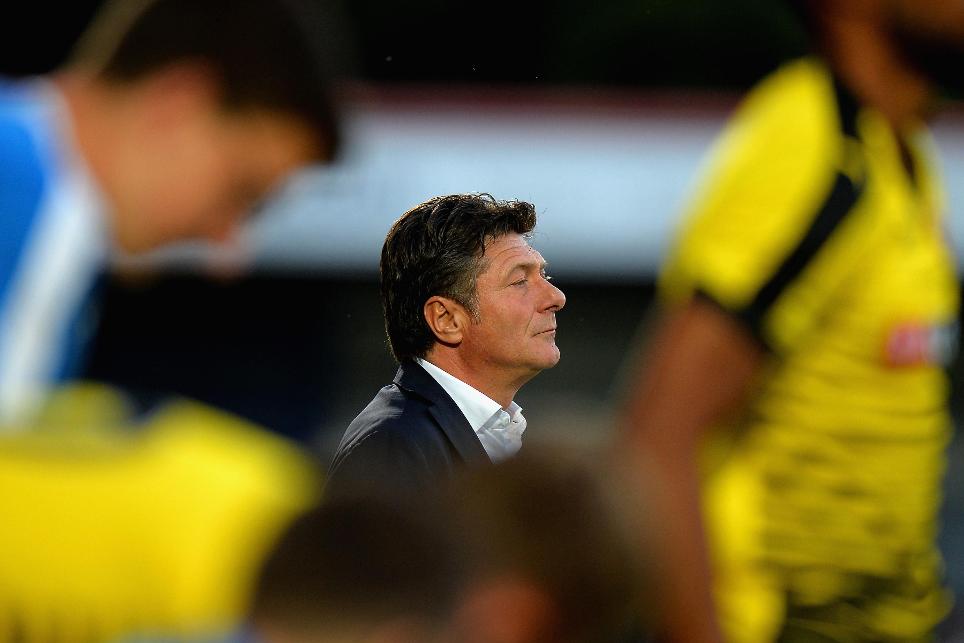 Alterations on and off the pitch leaves Hornets chasing more records

Ahead of the new Premier League season, we look at each club competing in the 2016/17 campaign.

New Watford head coach Walter Mazzarri arrives at Vicarage Road after a historic campaign for the Hornets, who avoided relegation from the Premier League for the first time last season.

In their two previous Premier League campaigns, Watford finished 20th and immediately returned to the Championship.

But a run of four straight wins in 2015/16 left them seventh on Boxing Day, before they secured 13th with 45 points by May.

Mazzarri has made his mark for Watford in the transfer market, with five new summer signings this summer.

Mazzarri is a long-time advocate of the 3-5-2 formation, says Adrian Clarke, with a focus on supreme fitness and organisation.

Zuniga and Dja Djedje seem to suit the wing-back roles in the formation, while Success and Sinclair provide competition for Odion Ighalo, who signed a new five-year deal at the club on Friday, and Troy Deeney, who scored 28 Premier League goals between them last term.

Mazzarri’s first Premier League job comes after a successful career as a player and coach in Italy.

He took to management with Acireale Calcio in 2001 before brief spells with Pistoiese and Livorno. Mazzarri kept Reggina in Serie A for three consecutive seasons, earning him a move to Sampdoria, whom he took into Europe and to the 2009 Coppa Italia final.

He enjoyed four successful years at Napoli, winning the Coppa Italia and reaching the UEFA Champions League knockout stages, before a brief spell with Inter Milan that ended in November 2014.

The Italian replaces Quique Sanchez Flores, one of three other Watford managers in the Premier League alongside Graham Taylor and Aidy Boothroyd.

Sanchez Flores was appointed head coach last summer and followed three draws and a loss with eight wins from 13 matches as Watford threatened to challenge for a European place.

Four straight losses from the end of December to January dropped them into the bottom half, but they comfortably secured their status with 45 points.

Watford were unbeaten in their first three pre-season matches, drawing 1-1 at Woking and recording two-goal victories over Stevenage and Union Berlin.

A 2-0 defeat at Queens Park Rangers came before a 2-2 draw with Lorient capped off their preparations ahead of Saturday’s Premier League opening match, away to Southampton.

Etienne Capoue hobbled out of the match with Lorient with a thigh knock but it is hoped the midfielder will be fit for the opening weekend.

Defender Craig Cathcart is being assessed after picking up a back issue in the same match, while Success is also a doubt for the opening weekend. Dja Djedje could be forced to wait for his debut due to a foot problem.

"I was a manager in Italy for 15 years, but at one point I realised that it was time to go abroad and put myself to the test as I need challenges in my life.

"I decided that the Premier League is the right place to start because it’s the most important league in the world. When the Watford opportunity came up I took it because I feel that the club and I are on the same wavelength."