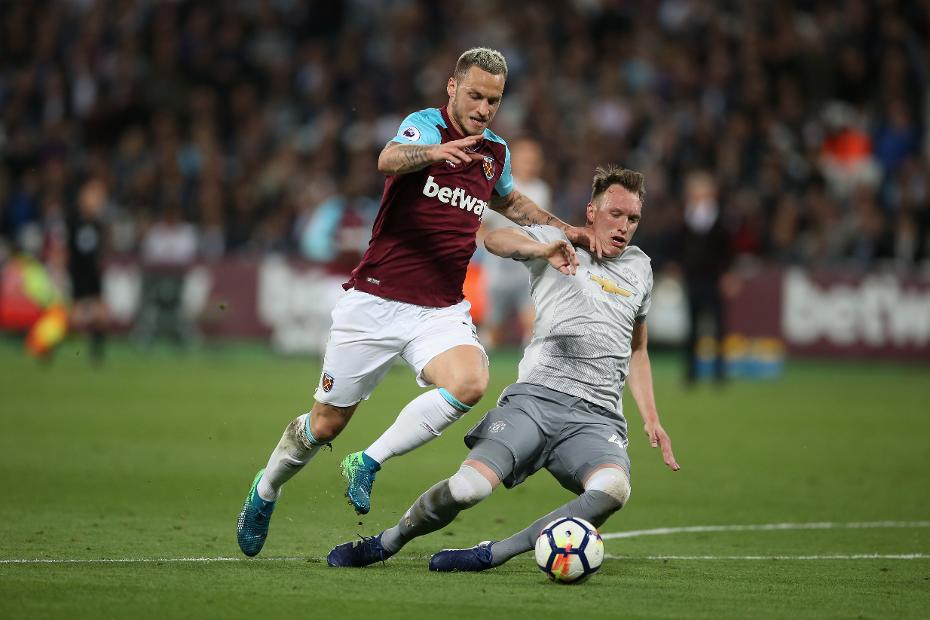 Overlooked West Ham midfielder can make significant impression on FPL mini-leagues, according to The Scout

One powerful differential stands out in Fantasy Premier League for the final fixtures.

Since moving to a striker’s role in Gameweek 16, Marko Arnautovic (£7.1m) has fired 44 shots in the penalty area and 27 shots on target. Only Mohamed Salah can better those numbers among all FPL midfielders.

But despite a run of 10 goals and six assists over those 19 appearances, the West Ham United star is still owned by only 6.7 per cent of managers ahead of a home meeting with Everton.

Arnautovic takes his place in a four-man midfield as The Scout selects a 4-4-2 for the last Gameweek XI of the season.

Romero is set for a first start of 2017/18 after Jose Mourinho confirmed he will rest David De Gea (£5.9m) for the visit of Watford. The goalkeeper scored 23 points from his two appearances last season and faces a Hornets side with only two goals in their last 11 away matches.

The most-bought defender in the Gameweek, Van Aanholt has scored in each of his last two matches ahead of a home meeting with West Bromwich Albion. From Gameweek 29, his four goals and seven shots on target are more than any other FPL defender.

Since making his PL debut for Liverpool in Gameweek 24, Van Dijk has helped Liverpool claim seven clean sheets, more than any other side. A dominant force in the air, he hosts a Brighton & Hove Albion team whose 20 goals conceded from set-pieces and 14 from corners rank them bottom of the league.

Long has supplied a goal and an assist since claiming a starting role over the last six Gameweeks. He is again a cut-price option for the visit of AFC Bournemouth. Long will be a threat to a Cherries defence whose 92 headed goals conceded are more than any other side.

West Ham were the only team to claim two clean sheets in Gameweek 37. Cresswell’s raids forward from the back have supplied seven assists ahead of a home match with Everton, while he is also a threat from direct free-kicks.

Sterling is set to be unleashed from the start at Southampton after being rested for the midweek win over Brighton. He has three sets of double-figure scores in his last four appearances, while Southampton have only two clean sheets in their previous 17 matches at St Mary’s Stadium.

Another midfielder playing as a forward, Zaha has four goals and three assists in his last six Gameweeks. The most-bought player ahead of Sunday’s 14:00 BST deadline, he has returned 14 points in each of his last two home matches ahead of West Brom’s visit.

Three goals and two assists in his last seven appearances highlight Arnautovic as West Ham's main man. He faces an Everton defence with one clean sheet in eight away matches.

Without a goal in his last two Gameweeks, FPL’s top-scoring player will be aiming to seal the 2017/18 Golden Boot and set a Premier League goalscoring record. Salah has scored in seven of his last eight home matches since Boxing Day and welcomes a Brighton defence with two clean sheets in 16 matches. The Egyptian is our Gameweek captain.

Kane has brushed aside concerns over his form by scoring in three of his last four matches. He also has a history of scoring against Leicester City, netting five against them over their last two meetings.

Second only to Zaha for transfers in, the Arsenal striker tallied 23 points in Gameweek 37; more than any other player. Aubameyang has scored or assisted in eight of his last nine matches ahead of a final-day trip to Huddersfield Town.